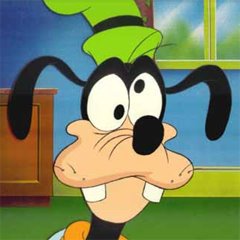 This week, Coleman's all about getting smashed, shithoused, wasted, blitzed, blotto, crocked, tight, giddy, hammered, hooched-up, loaded, plowed, and sloshed. "Winter means whiskey," he writes by way of opening, then leads us down the rabbit hole of Sweet Lady Hooch. This is a rare double review, giving Coleman the chance to change styles mid-flux, to demonstrate allegiances not only via clear statement--"Their food is not very good at all," he clarifies of Northwest's Pope House Bourbon Lounge--but also endless speculation-inducing reference--"they know how to feed a hungry whiskey lover," he claims of NE Alberta's Branch.

The rest is a Hallmark card for drinking: talk-y, share-y, and just descriptive enough of the particular pleasures of (even solitary) oblivion to remind you of why this used to be your world. Worth noting, also, is that this is the second week in a row that Coleman's gone all somnolent on this jazz:

Then, like a dream, perhaps one of the best whiskey drinking foods around: duck confit hash. Piled on the plate with onions, red peppers, large chunks of potato, and topped with a perfectly poached egg, the hash is super rich, satisfyingly fatty, and gone too soon. Paired with a Give Me Three Steps cocktail—made with Jack Daniels smoked with cabernet barrels and Mexican Coke—the experience is a smoky, salty/sweet wonderland of whiskey and food.