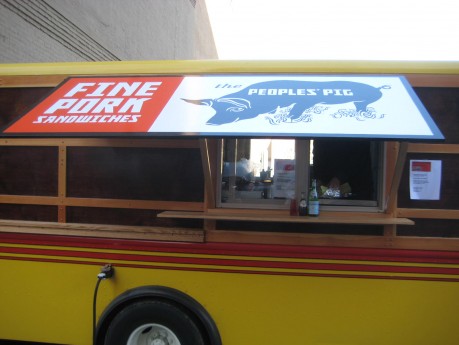 Image courtesy Under the Table with Jen

I just wanted to mention to you that my friend, Cliff Allen, who I worked with briefly at Tastebud, just opened a cart down on SW 2nd and Stark. It's called People's Pig, and he's doing porchetta sandwiches, awesome!