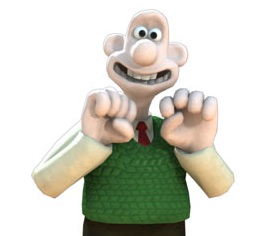 After expecting to be well chuffed w/r/t Fats, Micah Camden's latest 30th & Killingsworth restaurant (it joins the now Naomi Pomeroy-owned Beast, DOC, and, co-owned with Dayna McErlean, Yakuza), Sir Patrick Alan Coleman finds himself in the middle of a bloody dodgy sitch what with the daft service and duff opening times. First, though, let's gen up on the upsides.

The options are good, with few exceptions. A Scotch egg defies the traditional British version, sporting a soft yolk in the fried, sausage-wrapped egg. The yolk enhances the morsel, which arrives on the plate with a dollop of mild mustard and a dill-flecked microgreens salad. The effect is a hopped-up deviled egg with a brawler's attitude.

Another evening, service was so bad it was comical. After giving us menus, our server promptly ignored us for a while before returning to take our dinner orders. We had to remind him we might want drinks, this being a pub and all. One beer arrived in a ludicrously sticky pint glass. Another didn't arrive at all. Our server greeted this revelation with a grunt, and returned sometime later to find out what the original beer order had been.

Does sound like the server's a bit of a knob, but, this being Portland, he could just as easily have been knackered as outright naff. The other easy complaint--that Fats was closed for Sunday brunch--turns out, through some ear-to-the-ground to have been less of a case of owner Camden being off his trolley as, actually, attending a funeral. Which is, even for us, hard to take the piss out of. Overall, Coleman, before putting a sock in it, offers up this final send-up.

While Fats has very good food, and a killer dinner deal with four courses for $35, the chaos in the dining room needs to be tamed. It would do well if the place were injected with a bit of that English dignity the isles have always been known for... even after the Empire's fall.