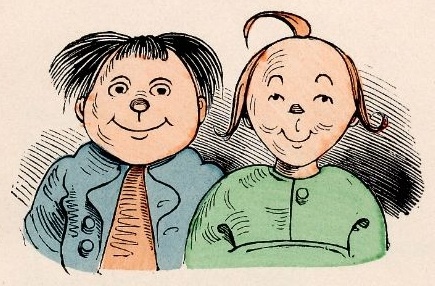 It is a truth universally acknowledged that nothing sobers up a soused scribbler (sorrrrrrrry) like a visit to the homeland, particularly if that homeland tends to involve schnitzel and spaetzle and schlag (can't stop). It is a truth further universally acknowledged (let's just embrace the solipsism, shall we?) that Patrick Alan Coleman will rock your socks off, no matter the quality of the housebaked pretzel with Dijon cream. This week, Eater Mascot and Portland Mercury reviewer Coleman checks out the Berlin Inn, a Southeast wasteland standby for the last eighteen years and, Coleman suspects, probably for the next. (Barring twin flames of the apocalypse &c.)

The restaurant feels older than its years—more mid than late 20th century. The time warp is due, in part, to the intimate dining room that looks appropriated from the home of a kind German grandmother. The walls are a dull white with dark brown trim. The ceilings are low. The carpeting is clean, but dated. The walls are hung with Kodachrome-colored pictures of German castles and hamlets, and dotted with garlands of corks and old wine labels. Walking in through the front door is like walking into 1960s old-world dining.

The rest of the menu follows in kind, and while the meals may not be dynamic, or filled with flavor fireworks, they are all delicious. With the "light" Käse Spätzle, tender little cracked red pepper spatzle noodles are combined with a rich cheese sauce and fresh veggies to create a dish somewhere between pasta primavera and alfredo. A perfectly tender chicken Schnitzel is not much to write home about in the meat department, but is lifted by outrageous, tangy, savory mushroom gravy. And a winter special turkey bacon Swiss puff is fantastically light despite the heavy ingredients and a pool of cheese sauce; the fat tempered by a zippy cranberry orange chutney.

Now. Far be it from ColemanWatch's purview to question the legitimacy of its utterly beloved subject, but some of what's going on here is just, well, not cricket. Red pepper spaetzle noodles? With vegetables?? There's an Eater of a grandmother who'd roll over in her grave if she weren't still alive and cooking Sauerbraten, which makes these descriptions curious and curiouser. It would be kein Problem but, well, what with Grüner introducing the cross-pollinated Alpine food, there's something to be said for keeping things, let's say, focused. As in pools of cheese sauce. Or the Leberkäse, which Coleman describes as "a thick cut of sausage loaf that when fried rests comfortably at the junction of bologna and ham steak." So. Either Coleman's been swayed by the brilliance of the schnitzel breading, or German food has changed since, well, yesterday.