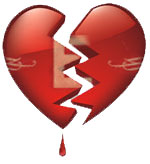 Nation's Restaurant News reports today that a man in Atlanta was just busted for starting a high-profit reservation scalping site, created specifically for nabbing resys at area hotspots on Valentine's Day. The site, 911reservations.com, has been taken down, but Atlanta area restaurateurs are still feeling the effects of this most dastardly of Black Sunday scams.

Using a variety of aliases and phone numbers, the criminal mastermind behind the site booked several reservations at Atlanta hotspots weeks ago, and began auctioning them off on a sliding price scale once the restaurants were officially booked for Sunday night. The going rate for most reservations was $50, although certain choice spots, like a 7:15 slot at Rathbun’s Steakhouse, went for as much as $100. While the majority of reservations were booked for restaurants in the Atlanta area, the site also featured slots for sale in Miami, Napa Valley and New York City.

How the Walls Came A Tumblin' Down >>