The Road to Lyon

Share All sharing options for: The Road to Lyon 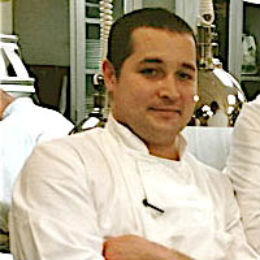 This weekend, at the Bocuse d'Or finals at the Culinary Institute of America's HQ in Hyde Park, New York, Chef James Kent of New York's Eleven Madison Park won the honor of representing America at the world's most respected culinary competition in Lyon, France next year. Each competing chef works on a two person team, aided by their commis; Kent's partner was Tom Allan, a sous chef at EMP.

Kent and Allan beat out eleven other chef teams from across the country, and a tipster on the floor of the event brings word that the competition was close, with Jennifer Petrusky from Chicago's Charlie Trotter's, and Percy Whatley from California's Yosemite-area restaurant The Ahwahnee performing heads and shoulders above the rest.