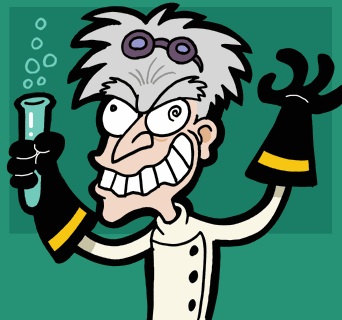 This week, Eater Mascot Patrick Alan Coleman comes out his K-hole and into a piehole. Of mad science. Take the opening paragraph of this week's Portland Mercury review, devoted to Pie Day, based on a pun about Pi Day, aka March 14. (3/14, get it?) And because it's just so amazing, it requires full reproduction:

Anytime to eat pie, but there are those who need an excuse. To that end, through a loop of logic that could only be dreamed up by a mind tormented by both mathematics and hunger, Pi Day was born. While March 14 (3/14) is more closely linked to celebrating the mathematical constant of pi—3.141593, that wily, irrational, transcendental number—it doesn't take a genius to extend the concept to culinary pie. After all, pies are most often circular, and pi is integral to calculating the circumference and area of a circle.

In other news, Patrick Alan Coleman's initials are PAC, which stands for Political Action Committee. Coleman means, literally, man of cole, which is an alternate spelling for coal. This means that Coleman is the leader of the political action committee devoted to coal, and therefore a miner, like Zoolander. Derek (Zoolander's first name) sounds like Patrick, and Alan is a name that, backwards, spells Nala. Nala, as everyone knows, is Simba's best friend in The Lion King (both musical and movie), which means that, clearly, Patrick Alan Coleman is a coal committee-leading female lion. Leo is the astrological symbol for lion, but falls in August. A Pisces born on March 14th combines intelligence with creative insight. They also, according to howstuffworks, "have a love of illusion and are drawn to the supernatural." Combine the two and we see that Tea Leoni and David Duchovny are a Pisces-Leo couple. Coleman probably drinks tea while watching Californication.

All of which is to say that Random Order, Immortal Pie and Larder, Whiffies, Bipartisan Cafe, Half & Half, and Pacific Pie Company have bomb pies, yo.
·Always Room for Pi [Portland Mercury]
·ColemanWatch [EaterPDX]