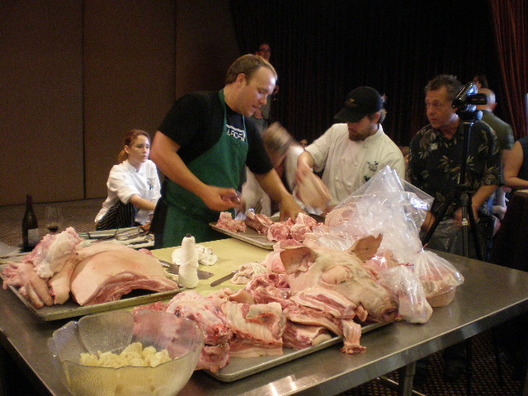 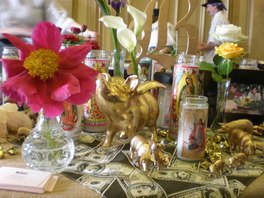 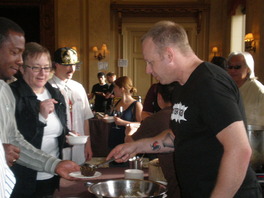 Naomi Pomeroy and Beast create a literal shrine to pork at their table; Pok Pok's Andy Ricker serves up some grub. 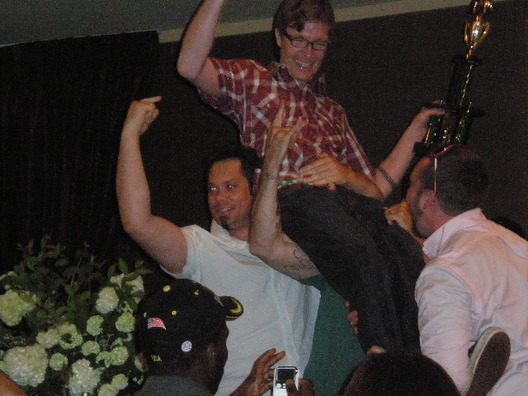 Jason Barwikowski celebrates victory with a little help from his friends; not pictured: the rest of the chefs downing bourbon in the background. 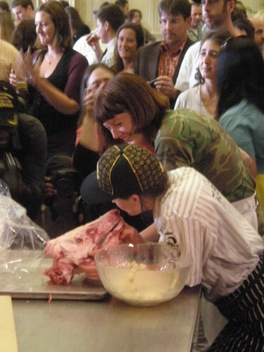 And as promised, Naomi (rockin' some awesome pinstripe gear) and Nostrana's Cathy Whims make a little love to that poor pig's head. Miss out on the meat? There's still time to catch the traveling road show when it hits Seattle next Sunday (May 23). We just may be recuperated around then; anyone up for a road trip?