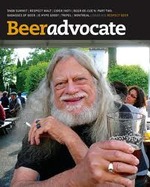 Reports have surfaced this morning that local beer legend Don Younger, owner of SE's Horse Brass Pub, has passed away. Younger — dubbed the "spiritual leader" of Portland's now-famous craft brewing scene — opened his famous pub in 1976, and quickly influenced the budding brewers (from Widmer, BridgePort, Rogue, and Full Sail) who later kick-started the local microbrew movement. An informal gathering last night at the Horse Brass saw friends, brewers, and regulars toasting to the publican's charmed life (the spot's unofficial motto: "You're a stranger no more when you walk through the door of the ol' Horse Brass Pub"). Younger was 69. [EaterWire]