Share All sharing options for: Inside Tony Demes' Noisette, Now Open in NW

A major culinary force returns to Portland in the form of chef Anthony Demes and his French restaurant Noisette, which made its debut last night on NW Vaughn. The 40-seat spot — in a house that most recently housed Mangia Pizza — has received a complete makeover, with large floor-to-ceiling windows that brighten up the all-white seating. Wall-sized abstract paintings contrast the antique-influenced chandeliers that hang from the ceiling.

And as to be expected from the French chef (Demes made his mark locally in the late '90s with his storied downtown haute spot Couvron), Noisette features a $75, seven-course tasting menu (see photo four) that pulls from the a la carte menu's "hot" and "cold" sections, starting with a celery root "hummus" and ending with a warm milk honey cake. But for those looking to create their own meal, Eater has the entire opening menu after the jump: 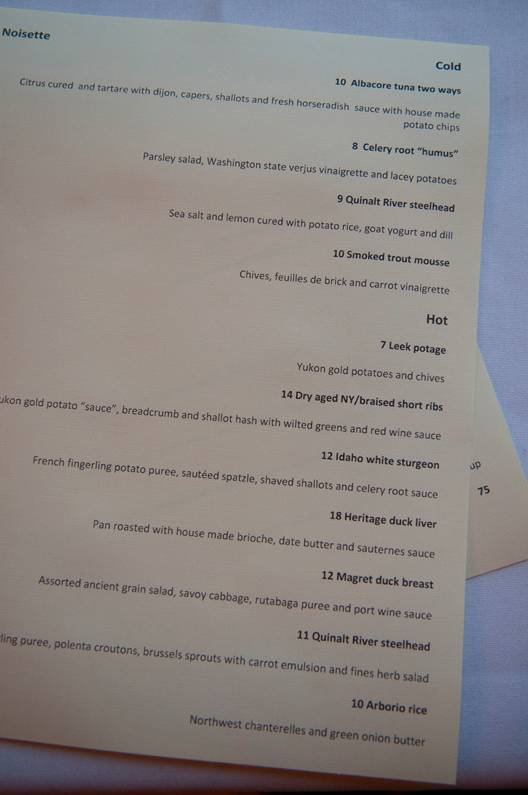