Painted Lady's Routt Gets Back to His Roots on Hwy 99

Share All sharing options for: Painted Lady's Routt Gets Back to His Roots on Hwy 99 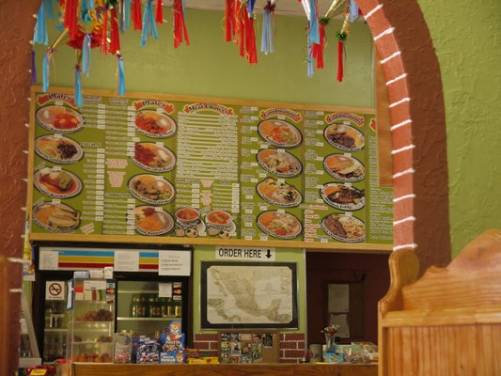 Chef Allen Routt's first cooking gig was at a local Mexican restaurant in his native town of Roanoke, VA. From there, he went to culinary school and travelled the world until he landed in Newberg, Oregon with his wife Jessica Bagley, where they opened their dream restaurant — The Painted Lady. It's been years since Routt's first cooking job, but even in wine country, he still craves the authentic flavors of his first gig:

"When I have a hankering to duck out of the kitchen, I always head over to Panderia & Taqueria Gonzalez. It's a family run shop located just a block away from us on Highway 99, and they serve up some serious Mexican food. The menu is extensive, but I always order the Caldo de Res — a traditional Mexican beef and vegetable stew with great depth of flavor. I could eat this everyday. I'm a soup guy, so for me it's heaven! The Caldo de Res comes with tortillas, chiles cilantro, lime and chopped onion on the side. I never leave without picking up fresh pastries to-go, and they also have a great assortment of piñatas for the kids."