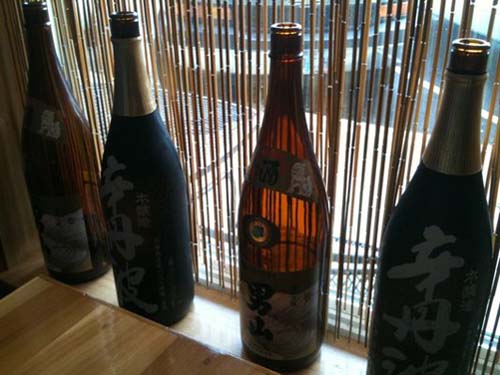 Eater's Chef of the Year Greg Denton may have announced he's moving on from Metrovino, but that's not going to slow down owner, general manager, and wine director Todd Steele. Steele will continue to maintain the Pearl District spot's reputation as a wine destination, offering 100 wines by the taste, glass or bottle — but where does he go when he wants to wind down with the family? A healthy and stealthy suburban oasis in Lake Oswego.

With four very distinct palates in the family — my wife is a pescatarian, I'll eat anything, and the kids' tastes are a constant moving target — we find Japanese does it for all of us consistently, and Kurata is a favorite. The space is tiny and very comfortable with half a dozen tables and a few other seats at the counter. We usually find ourselves out on Sunday nights so it's pretty quiet without much of a wait, if any. The owners are always quick with a smile and very welcoming. For some reason my kids, the youngest being two, keep it together here better than most dinners out, probably because they are too busy actually eating during dinner for a change. While the sushi at Kurata is excellent, we tend to order round the menu here more than at most other sushiyas. The Agedashi is some of the best we have ever had, the rice is consistently perfect, and the grilled mackerel is one of our kids' favorite dishes anywhere. For me it is all about the udon soup; to be more exact, the Dashi broth which is perfectly seasoned and rich. Tucked away under some townhouses on a side street, Kurata might be an easy place to dismiss, but that would be a mistake.