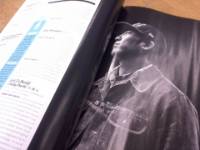 January's issue of Portland Monthly (in the hands of subscribers now) features a list crowning the city's 50 Most Influential Portlanders, and unsurprisingly, some food folk made the cut. Among those most likely to influence you in 2012: New Seasons CEO Lisa Sedlar, Zenger Farms executive director Jill Kuehler, Feast Portland co-founders Mike Thelin and Carrie Welch, and KOi Fusion empire builder Bo Kwon, who reveals a plan to build more brick-and-mortar locations "across central Portland and suburbs" in the new year. [PoMo]