The Tastemakers Reveal Their Best Meals of 2011

Share All sharing options for: The Tastemakers Reveal Their Best Meals of 2011

As is the tradition at Eater, our closeout of the year is a survey of friends, industry types, and bloggers. This year, we asked the group eight questions, from Top Standbys to Dining Surprises. All will be answered by the time we turn off the lights at the end of the week. 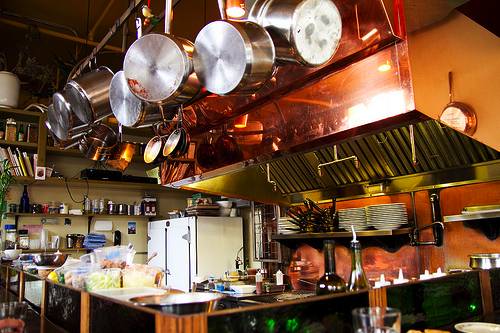 Karen Brooks, restaurant editor, Portland Monthly:
Mike Thelin and I holed up one night at Le Pigeon chewing over life and Portland's food scene while devouring a procession of dishes from an impromptu tasting menu. The combination of friendship, laughter, and food that managed to surprise, provoke and delight made for an evening of magic, aided by the warmth of the house. The highlight was a crazy combo of sweetbreads, barbecue, and cherries, words that barely conjure the moment.

Don Bourassa, community director, Yelp Portland:
It's a knock-down drag-out fight between the yellow curry chicken soup at Ha VL, the Khao Soi from Jade Teahouse, and the mushroom bread pudding with truffles from Le Pigeon.

Tony Perez, food editor, Portland Mercury:
The one that sticks out the most was the Plate & Pitchfork dinner at Viridian Farms. Scott Ketterman and Ben Bettinger cooked up an unfussy, but absolutely perfect, dry aged ribeye from Carmen ranch, plus a rabbit confit and cannellini bean salad, wood-fired mussels, and tempura squash blossoms. Cristom's wine pairings didn't hurt matters.

Mike Thelin, Feast co-founder and Cooking Channel talking head:
Adam Sappington made his fried chicken using the original 11 secret herbs and spices that Josh Ozersky discovered while researching his upcoming book on Colonal Sanders. Josh was in town, and brought the goods. Adam made his chicken. It was amazing, but the chicken was the piece de resistance, following a tete do cochon with scrapple, and this stuff Adam has on the menu called Judy — which is grated sharp cheddar cut with aioli, pickle juice, and Budweiser. This was the best meal of the year for me.

Brett Burmeister, chief food cart enthusiast, FoodCartsPortland:
It is so difficult to pick just one. By my estimates, I have eaten at over 200 carts and many more restaurants. One dish that I keep thinking of though is the CAW (pork stew) from Sok Sab Bai, a new Cambodian cart in southeast Portland. The shredded pork that is caramelized with palm sugar is some of the best I ate this year.

Ben Waterhouse, editor, Willamette Week:
Six courses of shellfish in a roadhouse overlooking the bay in Vigo, Spain. Locally, it was probably a mid-September dinner at DOC.

Allison Jones, Portland Monthly contributing food editor and Eat Beat blogger:
I've waxed poetic about the summer vegetarian tasting menu at Genoa on a few other year-end surveys, so I'm going to highlight another great meal. We took the whole family out to Departure the day after Thanksgiving, and chef Gregory Gourdet's fresh, flavorful dishes — crystal shrimp dumplings, chestnut bao, crispy squid with pineapple, chili prawns, and the best veggie dish in town, the Brussels sprouts with chili, lime, and mint — certainly helped us out of the turkey coma.

Peter Szymczak, editor, NW Palate:
In Portland, a recent meal at Fratelli is a strong contender for delivering a most *Italian* Italian dinner to please even the in-laws. Also right up there was a date night at June, group dinners at Irving Street Kitchen, Autentica, and Viridian Farms' inaugural Txoko dinner with chef Scott Ketterman.

Danielle Centoni, editor, MIX:
Uchiko in Austin, Texas. At first it seems like a sushi restaurant, but it's so much more than that. The dishes are totally surprising and unexpected — and every single one was phenomenal. I haven't had a mind-blowing meal like that in a very long time.

Michael Russell, restaurant reporter and critic, The Oregonian:
A tie between fantastic meals at Animal in Los Angeles (pig ear salad, potato agnolotti, Thai barbeque quail) and the Walrus and the Carpenter in Seattle (oysters, oysters, oysters). We desire what's hard to get, of course, but man oh man I wish someone would recreate these two restaurants in Portland. Locally, a recent meal at Le Pigeon (arugula/pickled persimmon/radish salad, king crab with avocado and Meyer lemon sorbet, beef cheek bourguignon) was beautifully presented, imaginative and delicious — in other words, about as good as it gets.