As is the tradition at Eater, our closeout of the year is a survey of friends, industry types, and bloggers. This year, we asked the group eight questions, from Meal of the Year to Top Standbys. All will be answered by the time we turn off the lights at the end of the week. Responses are related in no particular order. 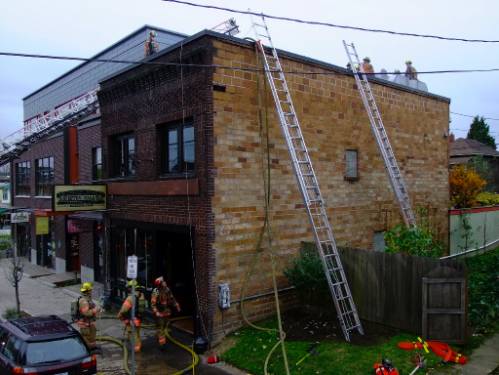 Q: What was the biggest dining surprise of 2011?

Michael Russell, restaurant reporter and critic, The Oregonian:
Exploding churros? Seriously, there were a few, but Via Tribunali actually opening after nearly two years of talk and Interurban reopening so quickly after the fire come to mind.

Brett Burmeister, chief food cart enthusiast, FoodCartsPortland:
The sardine sandwich at now-closed Garden State. I love the fishiness of sardines, but the way Kevin Sandri prepared it in the sandwich, the fishiness dissipated and created a memorable experience. I love that small fishes like surf smelt, sardines and anchovies showed up on some menus this past summer.

Byron Beck, gossip columnist, radio and TV host, Eater contributor:
Professionally: that so many survived what has been a really tough year. Personally: On the downside, ordering bone marrow at Irving Street Kitchen as an entree. Not my best choice, not by a long shot. On the upside, I really like the new Skyline Burgers in Northeast Portland. And "Taco Tuesday" at the Hawthorne Fred Meyer isn't as bad as it sounds.

Mike Thelin, Feast co-founder and Cooking Channel talking head:
So many new restaurants. They keep coming, and seem to do so well in this town. It's nice to see the scene thrive.

Danielle Centoni, editor, MIX:
For me, it's the revitalization of Old Town from scary bar/club scene to dining destination. I've gotten used to all the exciting places opening up on the Eastside. It's nice to see Downtown/Old Town getting some attention.

Don Bourassa, community director, Yelp Portland:
The sheer number of new brick-and-mortar restaurant openings, even amidst a down economy. It's great to see so much investment in Portland's dining scene. I didn't expect this level of resurgence until the economy picked up.