Experts Reveal Their Restaurant Breakups of 2011

Share All sharing options for: Experts Reveal Their Restaurant Breakups of 2011

As is the tradition at Eater, our closeout of the year is a survey of local food writers, industry types, and friends. We asked the group eight questions, and all will be answered by the time we turn off the lights later today. Responses are related in no particular order; all are cut, pasted and unedited herein. 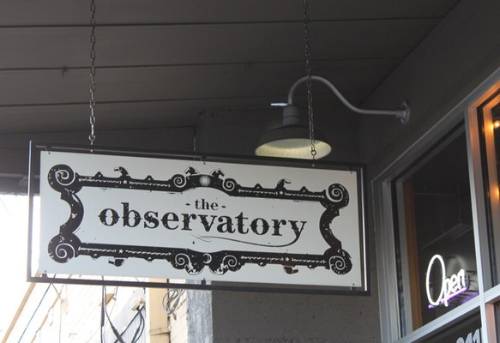 Image of the Observatory courtesy Kim K. via Yelp

Q: Were there any restaurants that you broke up with in 2011 — eg, places you stopped going to?

Don Bourassa, community director, Yelp Portland:
The Observatory was my steady girl for years, but then her younger, rowdier sister Over and Out started playing fast and loose out back. She’s like Observatory but with less kids and more pinball. How can you resist the siren song of the Observatory’s veggie burger but with no wait times? I dare you to try.

Allison Jones, Portland Monthly contributing food editor and Eat Beat blogger:
I certainly cut back on my dose of Gilt Club this year after I fell down their basement stairs and nearly broke my ass last winter (totally my own fault), and there were those ill-advised oysters with Pop Rocks on New Year's Eve... but I recently stopped in for dinner, and am quickly falling in love again with Chris Carriker's offal-tastic menu and new house-infused absinthe.

Peter Szymczak, editor, NW Palate:
Just about every pizza joint in the city at one time or another.

Brett Burmeister, chief food cart enthusiast, FoodCartsPortland:
Breakfast joints. I love me a good breakfast at Gravy or Tasty N Sons or Helsers, but don't want to sacrifice sleep in order to get in line at 7am for an 8:30 breakfast. The local diner ends up getting my business.

Byron Beck, gossip columnist, radio and TV host, Eater contributor:
The service at Podnah's gets on my nerves but the food is so damn good I could never break up with them. I have only ever broken up with one restaurant, and it's not so much a restaurant as a food-mill: Burger King.

Danielle Centoni, editor, MIX:
I broke up with Portland's breakfast scene. I just don't do it anymore, which is sad because going out to breakfast was one of my favorite things to do. But the waits here are ridiculous and the results are usually not worth it.

Tony Perez, food editor, Portland Mercury:
I had a breakup-free year... though there are plenty of places I avoided relationships with to begin with.