Oregon is home to a lot of restaurants, bars, wineries, and breweries, and though certain spots generate all the buzz, there are tons of hidden gems that the majority of Portlanders — ourselves included — just aren't unearthing. To help guide us to these potential discoveries, we've enlisted some of our city's many food luminaries to share with us their under-the-radar recommendations for a weekly feature dubbed Dining Confidential. 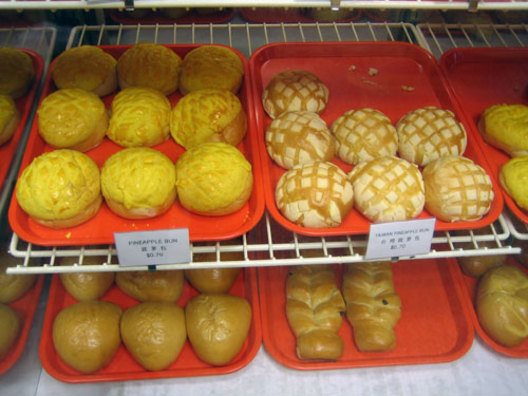 James Beard's "Best Chef Northwest" Andy Ricker (of Pok Pok, Ping, and Whiskey Soda Lounge fame) loves grabbing friends and taking them to his favorite out-of-the-way eatery: SE 82nd's Ha & VL (in fact, he was the one who helped Genoa chef Daniel Mondok "discover" it, as Eater readers found out in the very first Dining Confidential). "I've brought everybody from out-of-town journalists to local chefs to rock musicians to my Mom for a bowl and almost every single one of them have developed a habit," Ricker says. "I see them back in there again and again."

But since Mondok had already extolled the virtues of Ha & VL (for the record, Ricker's particularly enamored with the idea of Ha & VL's soup for breakfast), Eater asked Andy for another fave. And unsurprisingly, he named another Asian favorite:

"Mei Sum Bakery. A little shop in the same mall as [Southeast Powell's] Food For Less, selling Chinese style baked goods: the pineapple roll (no pineapple in it), egg and ham roll, green onion and bacon roll, the cream roll and egg tarts are all really good and dirt cheap. They make good cheap milk tea also. Old Chinese guys hang out there in the morning to drink tea, smoke and talk shit."