Bleibtrey Bikes to St. Johns for Tacos and Mexican Coke

Share All sharing options for: Bleibtrey Bikes to St. Johns for Tacos and Mexican Coke 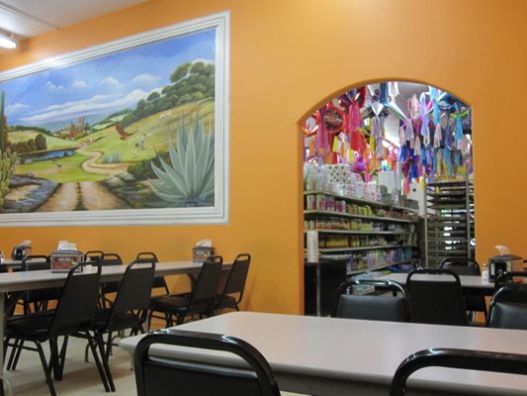 Ryan Bleibtrey, the Urban Farmer chef that recently took over the top spot at the downtown diner the Original, is quick on the draw when it comes to cooking American classics, but when he's not in that "dinerant" kitchen, you can see his cycle parked out in St. Johns for chorizo tacos and Mexican Coke.

"At least twice a month, my fiancé and I hop on the back of my motorcycle and ride up to St John's to Taqueria Santa Cruz, a little hole-in-the-wall taqueria in the back of Panaderia & Tienda Santa Cruz, a Hispanic grocery store. I actually owe this great discovery to a friend of mine who used to put on an Alley Cat bike race every year called "velorito," where we rode to all the best burrito and taco shops around town — Taqueria Santa Cruz was one of them. The first time we went there I literally fell off my bike in the middle of the street as I was leaving, burrito in hand. Even though I only snagged a few bites before the fall, it was totally worth it and I've been going back ever since. We usually order a couple pastors, asadas, carnitas, chorizo tacos, and Mexican Coca Colas. Bonus: On the weekends they have free pickled peppers and carrots, as well as guacamole on the tables. It's delicious food with an unpretentious vibe — and not to mention a great place to disappear to."