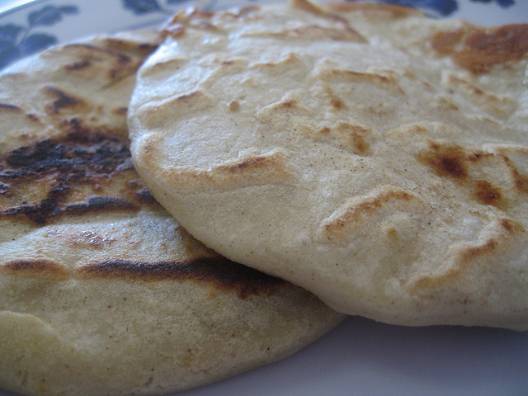 Native Portlander Kyo Koo has been the sous chef at Clarklewis for three years now, after stints in Europe (including at Restaurante Mugaritz, in San Sebastian, Spain) and at restaurant up-and-down the west coast (including Seattle's Union). But prior to all that, he spent a couple of years in Los Angeles, living in East L.A., where he discovered the pupusa, a national dish of El Salvador.

"[Pupusas] are hand formed corn cakes, stuffed with a myriad of fillings. My favorite are the revueltas, which are stuffed with pork, cheese, and refried beans. When I left L.A., I did not think that I would be able to find an El Salvadorean restaurant serving really amazing versions of this dish. Then I found Sabor Salvadoreno in Beaverton. When you order, you can hear the soft 'slap, slap, slap' sound of the woman making your pupusa in the back. They have the revueltas on the menu, along with a vegetarian version with loroco flowers and cheese. I love the pickled vegetables and house-made hot sauces that they give you on the side. Another 'can't miss' is the fried yucca. Not many people have actually tried this root, but it is delicious. The staff is super friendly, and you can not only get a pupusa, but purchase a cumbia CD and a cowboy hat, too. Nice."