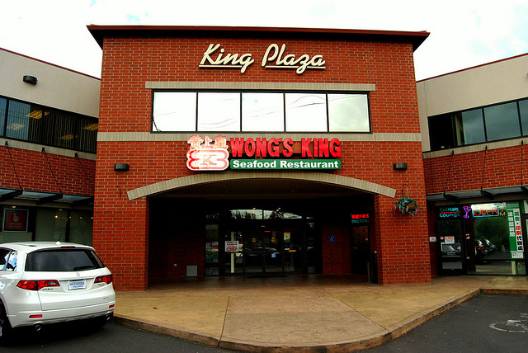 Food PR consultant Carrie Welch moved to Portland from New York City last November with an impressive resume in tow: As a 10-year veteran of the Food Network, she worked with celebrity chefs on everything from programming development to staging food festivals. And Welch is already making her mark here in town: As announced earlier this year, she's working with local-guy-who-gets-things-done Mike Thelin to launch a major, three-day food and wine festival in September 2012. While waiting in anticipation for that still-unnamed major event, Eater got Welch's east coast take on Portland's dim sum scene:

"I've always been a little nervous at dim sum. I'd never eaten it before I met my wife Jannie [Huang, co-owner of their firm Little Green Pickle] seven years ago. Once we got together, we would spend weekends visiting her parents, grandparents, aunts, cousins in New Jersey, and usually there would be a trip to either Cathay 22 (with self-proclaimed "Best in the Area" tagline) or Dynasty for authentic dim sum. Lazy susans, chopsticks, no forks, no water, chrysanthemum tea, soup dumplings, beef noodles, and even, once, oysters so large they looked fresh from the ocean floor. I ate it all.

"Now a seasoned dim sum-er and recent transplant to Portland, I soon longed for banquet chairs, pink tablecloths, and the feeling of carts bumping into your table. We ventured from our apartment on the freeway over to Wong's King on Southeast Division and 87th. Pulling up to the strip mall storefront and going through the uber efficient check-in, we knew we were in the right place. Our favorite dishes were all present, like old friends: beef rice noodle rolls; shumai shrimp dumplings transparent enough to see the pink inside; pillowy soft pork buns, and my new favorite the greasy, delicious, fried dough usually served with congee. We order it by itself as a perfect ending to sop up all the leftover soy sauce and red vinegar. We have... probably a loyalty to the first place that reminded us of the East Coast. Having lots of great restaurant options is what Portland is all about: it's why we moved here and why we'll stay."