In today's "mark-your-calendar" version of EaterWire, a flurry of supperclub schedules and winemaker dinner announcements: 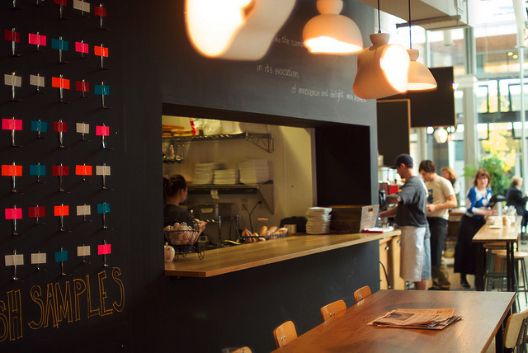 PEARL DISTRICT: The Pearl's Lovejoy Bakers announces another one of its one-off multicourse dinners; this time it'll cook up a four-course, Moroccan-inspired meal during two seatings on Thursday, September 22. The $35 reservation includes dishes like lavosh, lamb and fig tagine, and whole grilled bronzini in addition to promised "surprise" desserts and appetizers. Reservations suggested and available here.

GRAND ISLAND: The Portland Culinary Alliance goes back to the farm (Viridian Farms, to be exact) for what it promises is the its first-annual farm dinner. Former Simpatica Dining Hall chef Scott Ketterman will be on-hand to cook up a Spanish feast, with wood-fired paella (both seafood-laden and veggie options) serving as the main course. The meal (which is BYOB) is $40 for non-PCA members and $30 for card-carrying members of the club; reservations required.

SOUTHEAST: The pop-up supperclub Snowflake (which has a mission statement promising "equal parts art project, food laboratory, and social club") has announced a multi-collaboration for its next dinner, scheduled for Saturday, September 17: The People's Pig's Cliff Allen and Salt Fire & Time's Tressa Yellig will get in the kitchen and behind the bar, respectively, for a meal that includes dishes like smoked tomato soup, vegetable tagine, and lamb with zaatar. Reservations are $40 and available here.