In today's mega event-planning EaterWire: Restaurants, bars, and breweries around town team up for pairing dinners out the wazoo. Hang on tight: 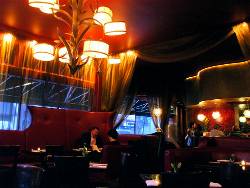 DIVISION/CLINTON: With the arrival of Dungeness crab season, Bar Avignon revisits its annual "Crab Night" feast on two evenings this January: Tomorrow (Wednesday, January 11), and a fortnight later, on January 25. As per usual, crabs will be sold by the whole and half (at $24 and $13 respectively), with an array of available side dishes cooked up by newish chef Eric Joppie. Get in early if possible: On both evening, crabs are only available while supplies last.

ON THE COLUMBIA: Hood River brewery Full Sail heads down the gorge on Friday, January 20 for a four-course pairing dinner at Salty's on the Columbia. Courses include a Tuscan onion soup (paired with Full Sail's Amber Wild) and salmon Saltimbocca (paired with Wassail); the $65 reservation also includes a souvenir pint.