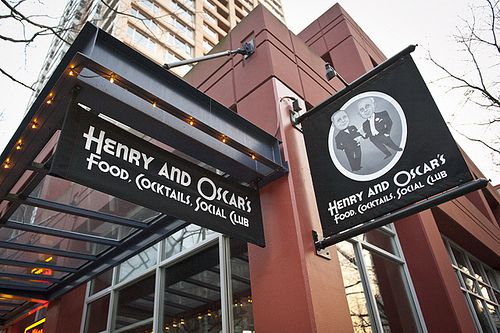 SEATTLE: If you're a fan of Mad Men, you may want to have your Old Fashioned at Henry and Oscar's, the '50-style supper club that opened in Belltown this week. Chef Mark Wadhwani, a Ruth's Chris Steak House alum, serves classic American fare (beef stroganoff, filet mignon) in a space influenced by old school New York and Chicago haunts Toots Shor’s and the Pump Room. Eater Seattle has the inside look. [-ESEA-]

PUGET SOUND: Yearning for Korean food? Eater Seattle has put together a map of must-visit Korean restaurants in the Puget Sound, from Lynnwood to Edmonds to Seattle. Also, recommendations for where to purchase your kimchi. [-ESEA-]

EUGENE: Because the 1% deserve to eat too, the Oregon Truffle Festival fetes this weekend in Eugene. Though the "experience packages" are sold out, tickets are available at the door for Sunday's "Oregon Truffle Marketplace," which features truffle and wine tastings, panels, and cooking demonstrations (including a demo/tasting by Marche Restaurant's Crystal Platt). The Marketplace takes over the Eugene Hilton from 11am-4pm Sunday; more information here. [EaterWire]