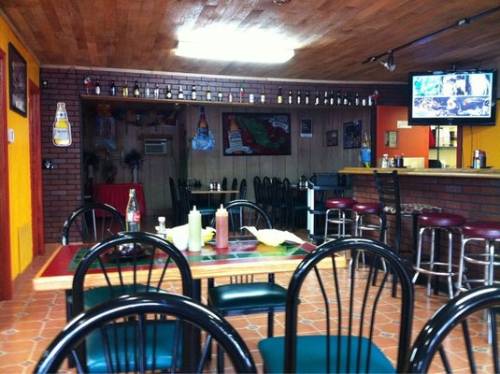 Over the last 16 years, Garrett Peck, the general manager for Imperial and the upcoming Portland Penny Diner, has been living, operating, eating, and drinking in Portland (he was formerly general manager for the Heathman Restaurant and Bar). So where does he go when he can't make it downtown for dinner? "One of my go-to spots is in Tigard," says Peck. "When the family and I are short on time and find it impossible to cook at home, we will cruise up to Sanchez Taquería."

The food is always fresh and delicious. We always order the tacos and always start with fresh homemade corn tortillas and then your choice of meat. The filling is very traditional, cabbage, quseo casera, onion, and cilantro. Another family favorite are the sopes, which are thick fried tortillas topped with cabbage, quseo casera, onion, and cilantro, with choice of meat. Counter style-service is quick and efficient. It's a big open restaurant with plenty of space; the big screen always has a sporting event or telenovela on from a Spanish language channel. The place almost feels like you were really in Mexico... very authentic."