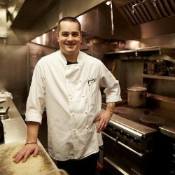 Eight-year Paley's Place veteran Patrick McKee just got a promotion: Eater confirms that the chef, who's been in charge of day-to-day operations under the title of chef de cuisine, has been promoted to executive chef at Vitaly Paley's namesake restaurant. According to a rep, the title change will result in no major menu changes, and chef/owner Paley retains his role as supervisor and collaborator. Earlier this year, as Paley focused on his new restaurant Imperial, McKee told Mix magazine: "He is the overseer, he checks in with me almost on a daily basis. With this new venture, my role is to just support Vito and keep doing the best I can do." [EaterWire]