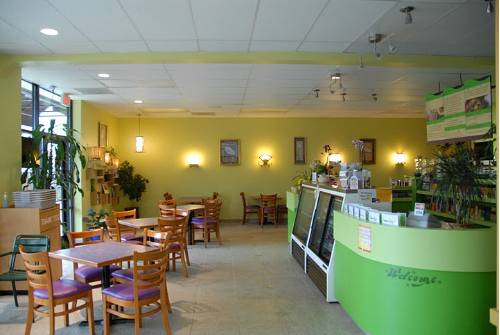 Chef Andrew "A.J." Voytko always knew he end up around food. Growing up with the rustic beauty of Wyoming as his backdrop, food played a vital part in his life — whether cooking fresh trout while camping or eating a raspberry duckling at age 10, he knew food would somehow shape his career path. After graduating with honors from the Western Culinary Institute in Portland, chef Voytko opted for sun and sand by moving to San Diego. In 2007, he returned to the Northwest as the executive chef at RiverPlace Hotel's Three Degrees. When he's not in the kitchen, Voytko is constantly on the hunt for the best street taco — though he makes a meatless exception for NW Bethany's Sweet Lemon Vegan Bistro.

One great find that most people don't know about is Sweet Lemon Vegan Bistro. Great vegan food. I love the Unity Wrap and the Serenity Wrap — the Unity Wrap can best be described as a vegan fajita and the Serenity Wrap is packed with flavor thanks to the roasted garlic, cucumber-ranch dressing, and the marinated tofu. It's surprisingly good and very cheap. I discovered it thanks to my daughter, it's located right next to the studio where she takes dance classes. They recently expanded and have more seats, and conveniently it is down the block from my house so I can walk there. I am not even a vegan or a vegetarian — that's how great the food is at this place!