Perhaps no one is more familiar with that hungover feeling than the professionals, so in the interest of public service, Eater asked bartenders around town to reveal their go-to restaurants (and in some cases, bars) for when they're the most bleary-eyed and queasy. Whether the strategy is to go hair of the dog or simmer down with a bowl of soul-affirming soup, here are some of their selections — with more to come as the hour progresses. (And yes, someone's hangover spot of choice really is Hung Far Low). 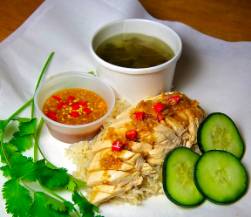 Adam Robinson, Rum Club:
"My favorite hangover meal is an easy choice. It's a favorite for me when I'm not hungover as well, but is amazing on those days where you had one too many the night before. It's Nong's Kai Man Gai. So simple, yet so delicious. Simply cooked chicken, white rice, ginger/garlic sauce served with bland soup on the side — which I'm not sure why they call it that, it isn't that bland, but actually quite tasty. It also doesn't hurt that their kitchen on the east side is only a few short blocks from my work, and unlike the downtown location I used to frequent (which closes when they run out), the eastside location stays open until 4p.m. everyday."

Ryan Csansky, Wildwood:
"For the hair of the dog method I'd have to say the Bloody Mary at Besaw's. The short walk from home provides a little welcome exercise and fresh air, the Bloody fixes everything, and there's no way to go wrong food-wise. The huevos are awesome, but be sure to add chorizo and Secret Aardvark. If we are cripplingly hung over we usually call Ling Garden for delivery, which means not having to get out of be first thing in the afternoon. It's a reliable neighborhood Chinese [restaurant] and one of the only places in the neighborhood that brings relief straight to your door." 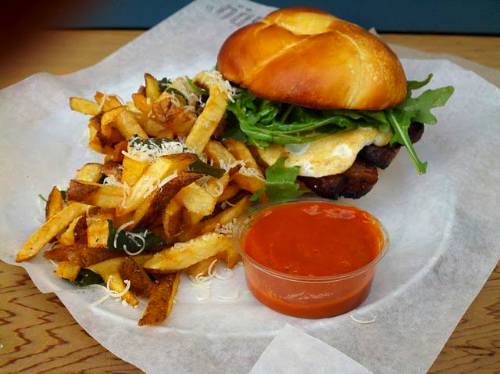 Douglas Derrick, Nostrana:
"If I am at home looking for hair of the dog, I stroll up Division past the Kaiser Permanente office, thinking about relief from them, but end in Hung Far Low Lounge on 82nd. I warn you, don't eat the food, but it is a great bar for hiding away and wasting another day with good friends. The drinks have a sort of tiki focus which seem strange, but it works. The food answer now is Lardo! With the pork belly, egg, and cheese sandwich and 14 draft options, I can solve the hangover, instead of re-instating it like I end up doing at Hung Far Low."

Lucy Brennan, Mint/820:
"I love Broder in SE. I LOVE their trout hash and homemade jams with the walnut bread amazing. I would have a cup of English Breakfast tea!"

Jacob Grier, Metrovino:
"It depends on how bad a hangover we're talking about. If it's the kind that has one seriously contemplating never drinking again, then I may stumble no further than the Burgerville across the street for a chocolate shake. Fortunately those are pretty rare for me. When I do wake up feeling the previous night's excess, I usually head to Pho Hung on Powell for a bowl of their delicious pho or grilled pork and vermicelli. The restorative powers of pho are such that if it were invented today, I'm pretty sure Big Pharma would lobby to have it banned." 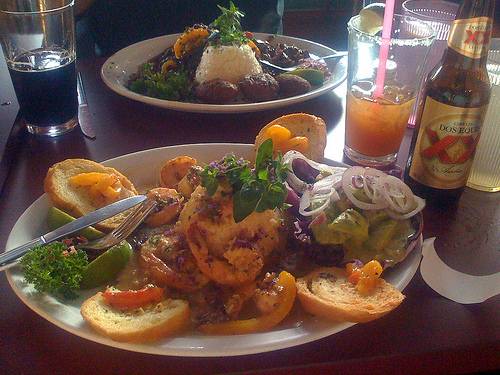 Mary Bartlett, Park Kitchen:
"My favorite hangover food is definitely chilaquiles, but that's pretty hard to come by on a weekday in Portland. A very close second is a trip to Pambiche. The pan frito is a perfect excuse to eat an entire avocado. Add an empanada and a michelada and I'm ready to do the whole damn thing again!"