Portland Tastemakers on Their Best Meals of 2012

Share All sharing options for: Portland Tastemakers on Their Best Meals of 2012

As is the tradition at Eater, our closeout of the year is a survey of local food writers, industry types, and friends. We asked the group eight questions, from Best Dining Neighborhood to Biggest Dining Surprises, and all will be answered by the time we turn off the lights at week's end. Responses are related in no particular order; all are cut, pasted, and unedited herein. 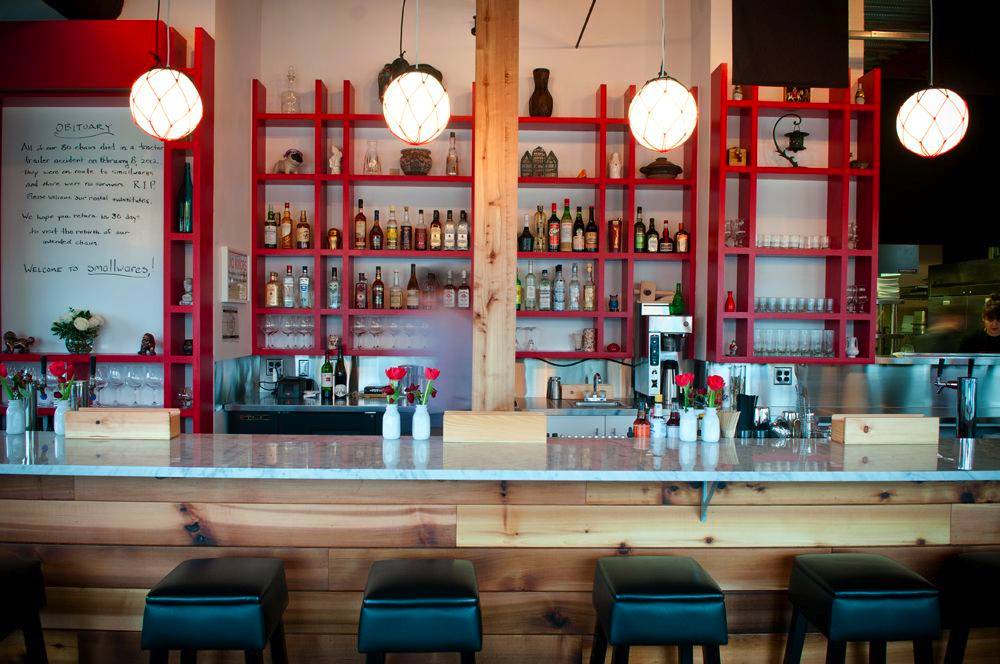 Michael Russell, restaurant critic/reporter, the Oregonian: "It's a shame to put this here, since it's irreproducible, but Meadowood chef Chris Kostow's brunch during (but not part of) the Feast festival was the wake-me-up of the year. From the wooden boards laden with scones, croissants, Devonshire cream, shiso-covered yogurt and pomegranate to the savory pork collar hash, lamb sausage links, baby potatoes and photo shoot-ready roasted cucumber, pickle and borage salad (with microgreens picked from the restaurant's St. Helena, Calif. garden), the entire three-part brunch was a triumph. Alas, when asked if he would consider opening a PDX brunch spot to complement his three-Michelin-starred Meadowood, Kostow gave the thumbs down."

Don Bourassa, community director, Yelp Portland: "A private dinner for Jameson Whiskey at Ox during Portland Cocktail Week. It was four courses, but each course was a set of five or six family-style plates of food. Think items like radicchio served in bagna cauda, forest mushrooms sauteed with foie, startling chilled seafood preparations, and tons of perfectly-grilled meat all paired with Irish whiskey cocktails. By the third course, we were stuffed, but kept eating. So good."

Chris Onstad, food and drink editor, The Portland Mercury: "A Ración pop-up in their new West End/Indigo Building space, before the buildout started. Seeing Anthony Cafiero do his new Spanish/modernist thing, his way, with his showmanship, satisfied not just the customer in me, but the would-be kitchen voyeur who wishes he could be a fly on the wall in a high-end restaurant. Ración, which is set to open in January, is someplace I see myself visiting often in 2013. Cafiero's not just an incredibly talented chef, but also a top-notch host."

Karen Foley, founder, Imbibe Magazine: "For dinner, Nostrana and Ava Gene's (apparently, I like Italian). For lunch Evoe, which I'm ashamed to say I hadn't tried until this year."

Byron Beck, gossip columnist and Eater contributor: "Evening of June 6: My partner, Juan, and I joined Clarklewis chef Dolan Lane and his wife Anita for a multi-course dinner at a little seaside restaurant called Konoba Marius in the beautiful bay of Kotor, Montenegro. The chef prepared a whole fish and braised octopus with veggies. The view, the wine, the food, the company was truly incredible.."

Mike Thelin, Feast PDX co-founder and Cooking Channel talking head: "Abroad: Atera in New York and Cellar de Can Roca in Girona, Spain. In Portland, I think the first time I went to Ox for the asado Argentine was my favorite meal of the year in Portland."

Michael C. Zusman, freelance food and restaurant writer: "I've been lucky enough to travel a lot this year. I have two tied for tops: Atera, Matt Lightner's joint in TriBeCa, NYC, and Attica which is in a suburb of Melbourne, Australia. Each offers a set tasting menu of indescribable treats, leaning modernist-ly. I'm scheming to get back to both as soon as I can manage it."

Andy Kryza, Portland editor, Thrillist: "I'm pretty sure if you opened me up, you'd still find remnants of the massive Portland Cocktail Week meal served up at Ox with Jamison pairings. It just kept coming and coming... so much so that some people had to tap out before the main course came, which was plates piled high with sopping-wet, perfectly cooked steaks courtesy of Greg Denton. By the time that happened, most of the people at the table had fallen victim to meat sweats. All that remained were two carnivores and a vegetarian. We still finished the plate and could have housed another half a cow. It was absolutely amazing."

Allison Jones, Portland Monthly/Eat Beat blogger: "Easily the Beaujolais Nouveau dinner at St. Jack, this November. The centerpiece: a whole lamb neck confit, surrounded by roasted brussels sprouts, and a celeriac and parsnip purée that was probably half heavy cream. Attacking the vertebrae piece by piece and digging out the marrow was a total primal experience, and paired with the casual, fruity, way-too-easy-to-drink Beaujolais to wash it down? Heaven."

Erin DeJesus, editor, Eater PDX: "In Portland, two start-to-finish meals stand out as memorable experiences. The first, a Ración pop-up in November which featured courses like a glass-smoked sea scallop, an octopus served under a dill 'netting,' and a bacalo chicharron. People might balk at the idea of 'modernist' food, but this meal touted taste over technique — while providing the perfect little splash of drama to the dining experience. The second was a four-hour, multi-course meal at Paulee where dessert was the highlight (and I'm not a 'dessert person' by any means)."
· All Previous Year in Eater Coverage [Eater PDX]