PDX Tastemakers on Headline Predictions for 2013

Share All sharing options for: PDX Tastemakers on Headline Predictions for 2013

As is the tradition at Eater, our closeout of the year is a survey of local food writers, industry types, and friends. We asked the group eight questions, from Biggest Dining Surprises to Best Meal of the Year, and all will be answered by the time we turn off the lights at week's end. Responses are related in no particular order; all are cut, pasted, and unedited herein. 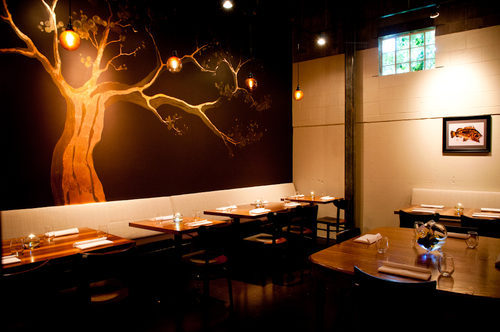 Michael Russell, restaurant critic/reporter, the Oregonian: "Fine-dining chef's counters hidden inside popular restaurants, such as Brooklyn's Blanca (behind Roberta's pizzeria) or Southeast Portland's Roe (at the back of Wafu izakaya), will continue to spread nationally as a way for talented chefs to offer creative cuisine without taking the risk of opening a full restaurant devoted to avant-garde or unproven concepts."

Chris Onstad, food and drink editor, The Portland Mercury: "Higher numbers of cart-to-mortar conversions. More restaurants opening pared down low-cost outposts, a la the Ocean. More symbiotic, complementary restaurant and cart partnerships (e.g., Lardo and Sugar Cube, The Ocean and Pie Spot). Portland's craft chocolate movement will take off this year. Modernist cooking will continue to make headway in its fight for acceptance and understanding, and adapt itself to live in the Portland landscape."

Allison Jones, Eat Beat/Portland Monthly blogger: "The allergy-free thing isn't going away, so I'd bet we'll see a lot more restaurants opening up that are willing to cater to the treat-the-menu-as-an-ingredient-list crowd. Paleo-syle dining is going to get more traction, and I think Scott Dolich has his finger on the pulse of things by re-casting the Bent Brick as a Choose Your Own Adventure dining spot. Like it or not, the perfectly composed dish will still be pushed aside in favor of simply prepared, comforting plates in Portland."

Karen Foley, founder, Imbibe Magazine [on "drinking world" headlines]: "More bartenders from around the country land in bars/restaurants around Portland."

Mike Thelin, Feast PDX co-founder and Cooking Channel talking head: "The South will rise again. So much great cooking is happening in the the Southern States, and more and more will take notice."

Byron Beck, gossip columnist and Eater contributor: "Feast makes money / Karen Brooks appears on Today Show / Clyde Common's Jeffrey Morgenthaler poses in nothing but a bowtie for Playgirl / Restaurant critics find new work as dishwashers at Tommy Habetz's Bunk Bar where they are paid in sandwiches / Gregory Gourdet finds a way to combine running and cooking into something new."