Which Portland Restaurants Got Dumped this Year?

Share All sharing options for: Which Portland Restaurants Got Dumped this Year?

As is the tradition at Eater, our closeout of the year is a survey of local food writers, industry types, and friends. We asked the group eight questions, from Biggest Dining Surprises to Best Meal of the Year, and all will be answered by the time we turn off the lights at week's end. Responses are related in no particular order; all are cut, pasted, and unedited herein. 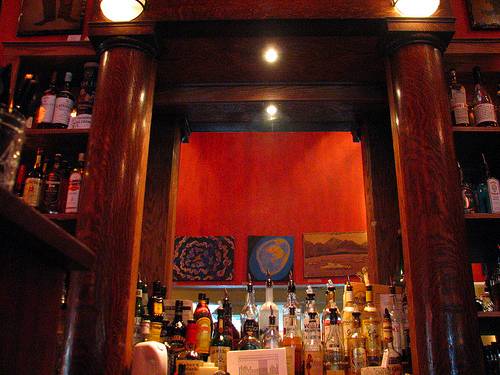 Image of Concordia Ale House courtesy Mulling It Over via Flickr

Q: Were there any restaurants that you broke up with in 2012 — eg, places you stopped going to?

Andy Kryza, Portland editor, Thrillist: "Concordia Ale House is a stone's throw from my house, but I'll pass it up nearly every time — despite the fact that they have an amazing beer selection. The reason isn't the mediocre food. It's the utter sterility of the place paired with a fairly cold staff. Hospitality goes a long way. It's also the reason I broke up with Circa 33. Good cocktails and a very cool space, but all the cool nooks and secret crannies and art in the world don't matter at all when you've got a cold, borderline rude team that treats you like you're invading their space. Places like that are like manipulative exes. They're pretty hot. They're familiar. You want to make it work. But then they just start acting like dicks again. Sometimes, you have to cut them off."

Don Bourassa, community director, Yelp Portland: "All but a few select food carts. Yes, there are still a few exceptional carts in PDX, but the market is over-saturated and a ton of the newcomers seem to be mediocre."

Michael Russell, restaurant critic/reporter, the Oregonian: "When La Superior opened in 2008, they brought hand-made tortillas, Yelp-worthy barbacoa and a dark, dense Oaxacan mole to a stretch of North Lombard Avenue long dominated by the cheeseburgers and hard tacos at legendary U.P. hangout King Burrito. But after one too many recipe tweaks (adding sour cream to the chile relleno, say), remodels (the salsa bar moved out of reach behind a full bar) and concept changes (a new burrito ordering form being the latest imposition), I've finally moved on. Also, I'm not sure there's a way to read Philippe Boulot taking his name off the Heathman masthead as a good sign..."

Chris Onstad, food and drink editor, The Portland Mercury: "I don't find it tasteful to talk smack about someone after a long flame has died. I talk about a lot of bad first dates in my column, though."

Karen Foley, founder, Imbibe Magazine: "I was pregnant for the first half of 2012, so I had to break up with cocktail bars for a while, but now we're happily back together."

Allison Jones, Eat Beat/Portland Monthly blogger: "Sadly, that'd be Eastmoreland Market due to its abrupt closure. That was the first restaurant shutter that ever made me cry. I had so many amazing meals there on lazy afternoons, hidden away in one of the most beautiful neighborhoods in the city. I'm still mourning the loss of that one, and I really hope the owners Pat and Colleen Mendola find a new spot in the coming years."

Byron Beck, gossip columnist and Eater contributor: "Any place that expects you to wait for an hour or more... that's just bullshit."

Mike Thelin, Feast PDX co-founder and Cooking Channel talking head: "There were a few, but I'm not going to go there."

Michael C. Zusman, freelance food and restaurant writer: "Going through a trial separation with Luc Lac Kitchen downtown. After gaining critical notoriety, they hired a young hostess who apparently thought her job was to let folks know just how privileged they were to eat there. I love the food, but haven't been back in a while. I never understand why new or successful places hire 23-year-olds to greet diners and fail to train them in the fine art of customer service. They should all be required to take a class from Kimberly Paley."

Karen Brooks, restaurant editor, Portland Monthly: "Critics can never break up with restaurants. Till death do us part."

Erin DeJesus, editor, Eater PDX: "When it comes to restaurants, I'm not a long-term-relationship type to begin with. But I am still (and will forever be) heartbroken that Tanuki's move to Montavilla means we now have a more casual, long-distance relationship. Baby, come back."