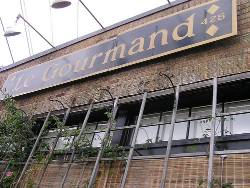 SEATTLE: A sad upcoming shutter to report up in Seattle; Bruce Naftaly, chef/owner of the legendary Seattle spot Le Gourmand, announced earlier this week that he'll close the NW Market restaurant (and its adjacent Sambar) later this summer, after 27 years in business. Naftaly plans to retire in June and will start work on a cookbook. Meanwhile, W. Seattle fine dining spot Avalon called it quits this week after a year in business. [-ESEA-]

WEST SEATTLE: In Seattle's Junction neighborhood, Mark Fuller's Spring Hill has rebranded into a Hawaiian restaurant dubbed Ma'ono Fried Chicken & Whisky. The restaurant had recently introduced a weekly "fried chicken night," which apparently became so popular it swallowed up the whole restaurant concept. (Confidential to the Boke Bowl boys: Consider this an appeal for a full-time Boke Bird restaurant.) [-ESEA-]

EUGENE: The Willamette Valley gets tons of love for its wineries, but for those searching out under-the-radar options, MyEugene.org compiles this list of five local, family-owned wineries that "that deliciously demonstrate the value of local." Abbelone and B2 are among the spots. [MyEugene via OregonLive]