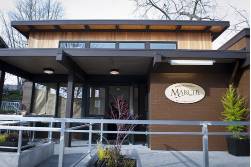 WASHOUGAL: N. Mississippi's Amnesia Brewing announced earlier this week that it will open another brewery and brewpub — its second — in downtown Washougal, Wa. According to the Oregonian, the 50-seat brewpub, set for a former pawnshop building on Main Street, will debut this summer. [OregonLive]