EaT's Ethan Powell Gets His Menudo at Santo Domingo

Share All sharing options for: EaT's Ethan Powell Gets His Menudo at Santo Domingo 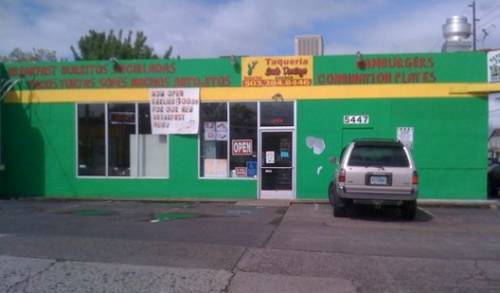 Image of Santo Domingo Taqueria courtesy Don B. via Yelp

As a child in Arkansas, chef Ethan Powell was introduced to cooking, when at age seven he prepared dinner every Tuesday night. After a stint in New York City (where Powell enrolled at the French Culinary Institute), he moved to Portland in 2005 and helped open the Pearl District Peruvian spot Andina. Powell's next stop in Portland was the Everett Street Bistro, where he met Tobias Hogan, his current restaurant partner — together, the two opened EaT: An Oyster Bar in 2008. Next on their list: The Parish, a second restaurant paying homage to the Cajun and Creole dishes of New Orleans, which is set to open in the Pearl in early summer 2012. But first, Powell gets nostalgic for his first trip to Mexico with stops to NE Killingsworth's Santo Domingo Taqueria.

When I step into Santo Domingo Taqueria on NE Killingsworth and 42nd, it's 1987 and I'm in Juarez, just across the Rio Grande from El Paso, Texas. That was my first trip to Mexico; my mom took us there when we were kids. Santo Domingo is small and bright and its smells bring me back to the town square of San Miguel de Allende, where older indigenous women cooked carnitas and formed tortillas. Santo Domingo only does this on weekends, when they make the tortillas to order. The lengua taco is tender, the tongue slightly charred and and loaded with guac. But the menudo is my favorite, with big chunks of tripe and really good broth. Next time I'm going to try the chilaquiles. They look great. Santo Domingo's only drawback is you can't have a michelada, because they don't sell alcohol. But don't let that stop you — the prices will remind you of 1987, too.