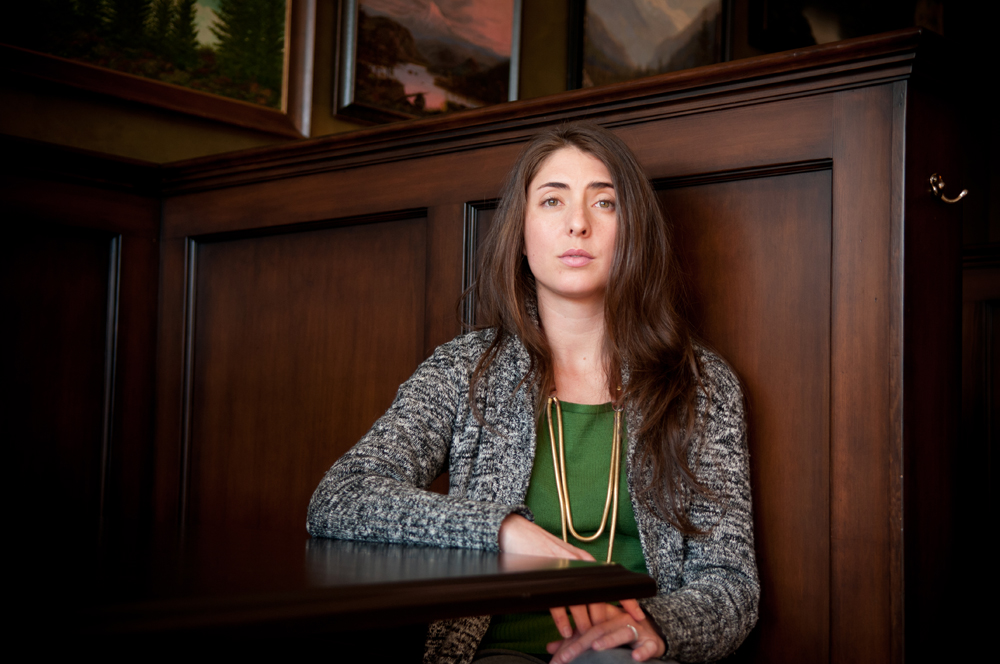 Since its debut in October 2011, SE Division's Woodsman Tavern (the restaurant by Stumptown's Duane Sorenson, with Olympic Provisions alum Jason Barwikowski in the kitchen) has maintained a healthy buzz that's translated into lines long after the usual "just opened" glow — a surprise to some diners expecting to walk into a boozy tavern. "A lot of what we've been trying to get used to is that people want this to be a bar, and it's largely a restaurant," says general manager Carly Laws. "So it's been trying to find the balance between people just coming in for drinks and people coming in for dinner." Eater chatted with Laws about the Woodman's early popularity, managing customer criticisms, and getting props from GQ.

It's 8pm on a Saturday. How long is the wait?
For a party of two, it's maybe about a half-hour; it could be more like 45 minutes or an hour, but things tend to go quick. Three or more, you're looking at 45 minutes to an hour, at least. We always let guests give us their phone number, though, so we can give them a call when their table's ready. We've been sending a lot of people up to the Landmark [Saloon] so they can go up there and have a drink. Saturdays have consistently been our busiest nights, but sometimes Fridays feel busier.

The Woodsman was recently named one of the best new restaurants in America in GQ. Have you seen an uptick in people since the article ran?
We have been a little bit busier across the board. Of course, four months in, it's hard to tell. I'm absolutely sure that's brought in more business, but I'm curious to see what we would be doing normally. It's hard to say. But I'm absolutely positive that it's brought in more business — lots of people from New York, San Francisco, and LA have been coming. Which is great.

I think that's one of the criticisms you hear about this place. Well, 1), that it's not a tavern, and 2) that it's too pricey for people to make repeat trips or be as "regular" as they'd like to be.
I'm aware of all of those criticisms, for sure. And I guess — knowing how much this place this cost to build and knowing the the quality of the product we're using and how much that costs — this was not a cheap restaurant to create, and it's never going to be a cheap restaurant because of that. And I think that Portland needs highs and lows, a little bit more variance, and we can't all be the same — we can't all have the same price points and be doing the same thing. Certainly I don't want people to be priced out of coming in here, being only a "special occasion" place and stuff like that. But at the same time, it's what it has to be to make it work here.

So no happy hour in the Woodman's future?
I don't know if that will ever be an option — we have a great after-work crowd that comes in right at 5pm and sort of takes over the bar for a while, which is great, and people come in for dinner right around that time too. It would be a little challenging to designate our tables to happy hour. But I'm never going to say never.

Tell us about your regulars and maybe some out-of-town VIPs that come through.
We definitely [have regulars]. There's this super, super, super cute family and they're in here at least once or twice a week with their little children — they come in for brunch, they come in for dinner by themselves. And we've seen a lot of other neighborhood regulars come in, and a few regulars that don't live in the neighborhood but trek over here, which is great — we're definitely a little bit out of the way. There's definitely been some industry VIPs that come through. Any names you can drop from New York or LA, maybe? Friends of Duane's? There have definitely been friends of Duane's. But a lady never tells.

What are the most popular items on the menu right now?
The whole roasted trout with the crazy water is by far becoming our signature dish. We consistently get really great feedback on it, and I'm assuming it won't come off the menu anytime soon because of that. Cocktails — Evan [Zimmerman]'s amazing and his cocktails are amazing. I would say the Hunting Vest and the Kentucky Special are two of our most popular cocktails. The Gold Rush, also, which is one of the most simple cocktails — and one of the most dangerous. You can two, and then you have three... and the pickleback. What about the raw bar and its famous seafood platter: How many of those do you sell a night? I would say our average is probably two or three a night... it's a spectacle. It's really fun and interactive. We'll have couples come in and drink a bottle of Chablis and a grand tower, and that's gonna be dinner for tonight. That's a great way to do it. Or a party of four will come in and have one of those to start, and move into their dinner. It's nice to be able to have a place where people can do it up if they want to, but people can also come in and order a half-dozen oysters, a glass of wine or a cocktail, and be good.

Being so new, have you pinpointed areas where you're looking to improve, or maybe change?
Right off the bat, we got some comments about service, which bummed me out — I take those so personally. It's one of those where we're trying to figure it out, what people are expecting as they walk in. And definitely as the months have passed, nights of hard service, nights of great service, we're taking things away from each of those experiences and using them to make things smoother on our end and highlighting the areas we need to work: Everyone needs to say "thank you" to everyone who walks out the door. Let's not say "you guys" unless it's a table of guys, let's not say "are you still working on that?" because eating here should never be work. The attention to detail: If a guest drops their napkin on the floor, let's pick it up and replace it with a new one right away. Little things like that. The little details we can orchestrate that people don't even notice, they go a long way to make a better overall experience for our guests.

Brunch launched shortly after the opening — how has that been going?
Good. There's a lot of people that have come in, there's so much foot traffic here on weekend mornings going into the coffee shop, which is great. So that's been really good. Saturdays are still super-mellow. Sundays are getting a bit busier, but there's still never been a wait for a table at brunch.

And finally, what's your must-have Gatekeeper tool?
Patience is a big one. A true love for hospitality — I think if you don't really enjoy this job and what you're doing, it could be really challenging. But I think the number one thing is a smile. It goes such a long way. People walk in and you're like, "I'm so sorry, it's an hour wait," and the smile, and the "thank you" and that genuine warmth goes a long way.

For more Gatekeepers published today from across the Eater Universe, head over to Eater National.