New Seattle Openings; Where to Eat at Safeco Field

Share All sharing options for: New Seattle Openings; Where to Eat at Safeco Field 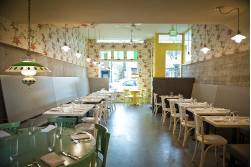 SEATTLE— Attention Mariners fans: For those visiting Safeco Field, Eater Seattle offers its Stadium Guide of the top five dining options inside the ballpark. Among them, restaurateur Ethan Stowell's two stands within the stadium, Hamburg + Frites (burgers topped with Tillamook cheese) and La Creperie (sweet and savory crepes, served in a cone). [-ESEA-]