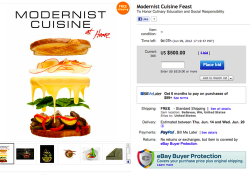 SEATTLE—Eater Seattle hears the the Emerald City's first food cart pod is headed for the Belltown neighborhood. According to "a longtime neighborhood restaurateur," a half-block formerly home to condemned apartments is being groomed as a potential pod site, in an effort to attract more sidewalk traffic to the neighborhood. [-ESEA-]

What to Know About Grand Fir Brewing Before You Go