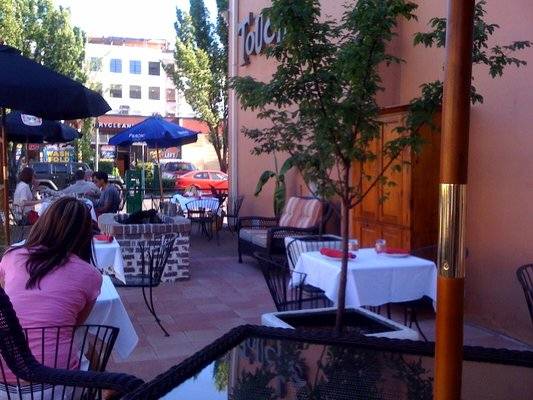 Riffle NW's chef de cuisine Joey Cefalu has a resume that reads as a kind of culinary-hot-spot guide to New York, with previous posts at Le Bernardin, Veritas, August, and most recently, Minetta Tavern. Cefalu moved to Portland specifically to help Riffle's Ken Norris open the Pearl's new seafood restaurant, and although he works at more upscale spots, Cefalu fancies the good (i.e. simple) things in life when it comes to his time off: dogs, video games, and great pizza paired with cheap beer at Touché, a long-standing haunt of industry workers (and Leverage star Timothy Hutton).

After we close down the restaurant, I;m always looking for some grub and cheap beer. Touché is up the street from Riffle NW, and it's got a lot of good things going for it — they have six of the best pool tables, late night pepperoni pizza, and 42 oz. Rolling Rock tall boys. They offer simple Mediterranean cuisine within the venue of a two-story historic firehouse. Plus, they're fully equipped with an outdoor fireplace — and it's an industry magnet. Being the new kid on the playground, it's nice to hit up spots where I can meet fellow restaurant industry folks. The bartenders are awesome too.