Share All sharing options for: Here's the First Look at Punch Bowl Social, Opening in Pioneer Place this Fall

Swank bowling alleys — featuring full bars, restaurants, and other upscale amenities — are totally all the rage now, and as previously reported, downtown Portland's Pioneer Place Mall will soon house the 32,000-square-foot Punch Bowl Social, the second outpost of the Denver-based entertainment complex/bar/diner concept. And here's the first look at the design of the Portland location (courtesy an artist's rendering), currently under construction in the mall's third rotunda — just like the upcoming Denver location, scheduled to debut in September, Punch Bowl PDX promises bowling, parlor games, and made-from-scratch food and drink served in the 70-seat Social Food & Drink diner. 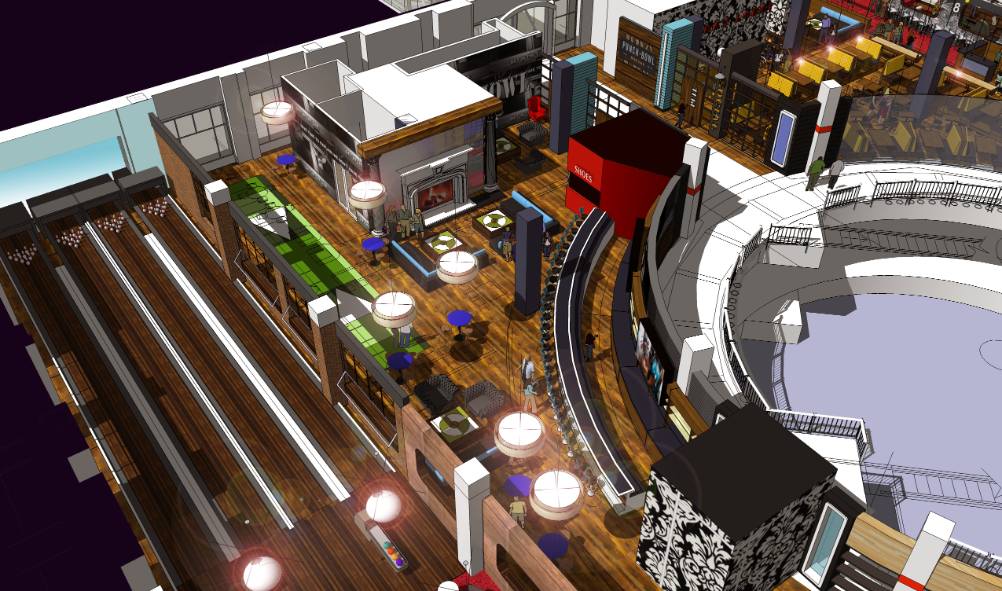 The Social Food & Drink diner will begin serving breakfast at 7a.m. daily (morning options include a lobster and Swiss omelette, biscuits and gravy, and smoked brisket hash). A lunch/dinner menu (downloadable in .pdf form here) will be available through midnight, and according to Thompson, will expand to offer more vegan options in Portland.