As previously reported, the casual spot — with most of its seating outdoors — serves dishes rotating around four flavors of meatballs (including a spicy pork and a vegan version), with the balls appearing in dishes like heroes, panini, pasta, and polenta (all served with choice of sauce). Also on offer: a variety of $4 sides ranging from braised collard greens to semolina spaghetti to kale salads; for dessert, "waffle balls" arrive with a side of dulce de leche, chocolate, or berry compote for dipping. 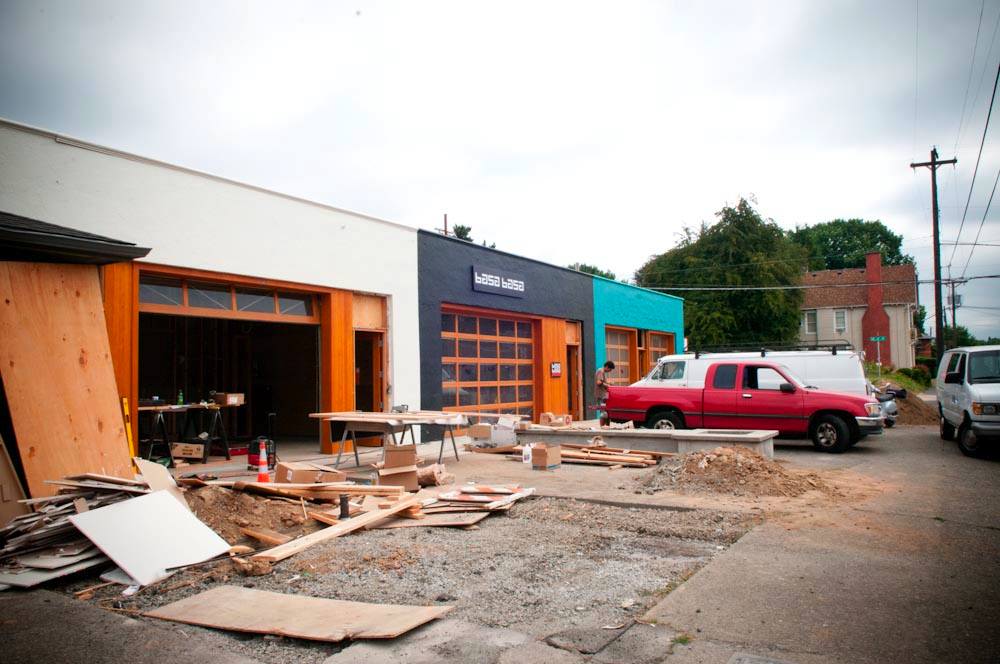 Meanwhile, construction continues at the other previously announced Ocean tenants: According to Caprial Pence, her Korean fried chicken spot basa basa is shooting for an opening in the third week of August.
· 24th & Meatballs [Official site]
· All Previous Ocean Coverage [Eater PDX]