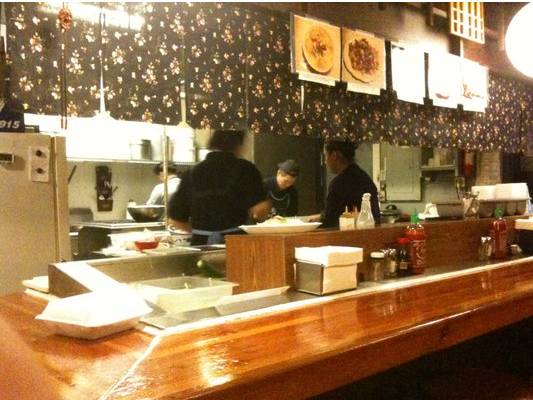 Oba chef Scott Neuman's love affair with Latin food kicked in when he was just a kid. "In high school, my family moved from the suburbs of Chicago back to the suburbs of Houston," Neuman says. "In Chicago the predominant ethnic food was Eastern European. When I moved back to Texas, cumin, cilantro, masa and jalapenos inspired me to pursue the flavors of Mexico, which in turn piqued my interest in the cuisines of all Latin America." But that doesn't mean the Nuevo Latino cuisine-maker ignores what the other regions of the world have to offer, including Asia. In fact, one of his favorite restaurants is the Seoul-ful Du Kuh Bee in Beaverton, where Neuman now calls home.

One thing Beaverton seems to do well is Korean food. Within a square mile, there has to be at least six that I can name, all of which have their merits. But my favorite is Du Kuh Bee on SW First St. It's a tiny little space that seats maybe 30... though it changed hands a couple of years ago, they've remained consistently excellent with their food quality. They make absolutely incredible hand pulled noodle dishes like spicy squid, and magnificent pork dumplings, jellyfish salad and pork shortribs. I love it spicy, and they won't be shy if you ask for it to be hot. Just like everyone, I can look in my work "refrigerator" — with $18K in inventory in the walk-in and storage — and think "there's nothing to eat in this place!" because I've had everything so many times. It's great and comforting to know that I can stop on my way home after work, they're open till 1a.m. during the week and 2a.m. on weekends. I typically place my order, have a beer and take it home. It's great to have an alternative to the big chains pubs and fast food joints that litter the roadside!