Hangover Observations From the Belly of the Feast

Share All sharing options for: Hangover Observations From the Belly of the Feast

Images by Avila/EPDX unless otherwise noted

In case you haven't heard/it didn't explode your Twittersphere, the Feast Portland food festival hijacked the city this weekend, creating a gluttonous mashup of tasting events, epic dinners, and industry lovefests. So now, a lost weekend's worth of hangover observations:

1) Friday evening's Night Market, curated by Portland's own Andy Ricker, was the festival's winning event. Highlights included David Thompson (of London's Nham) and his mussels-on-a-stick and Baohaus chef Eddie Huang's cold sesame noodles; unsurprisingly, when doors opened, Nong's Khao Man Gai was the beeline booth for out-of-towners and maintained the night's longest line. And just because, here are some awards for the Best Two Inanimate Objects of the Evening: a man-sized, fondant-laden cake shaped like a shish kebab (by celebrity cake-maker Duff Goldman, obvs), and an ice sculpture of the Chase Bank logo. 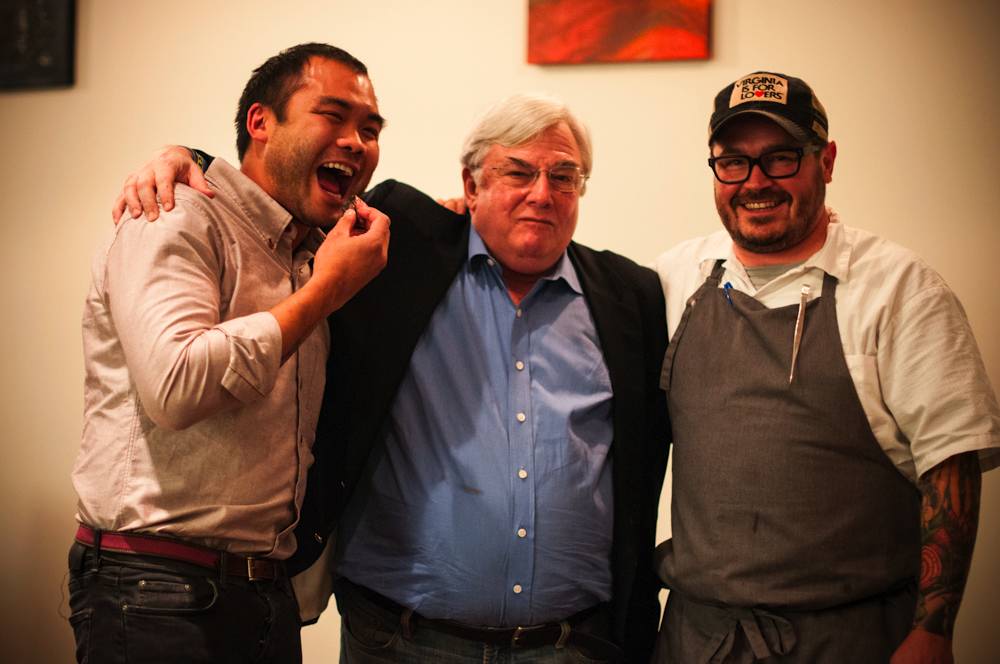 3) Most Popular Personality Watch #2: Vogue food critic/ Iron Chef America curmudgeon Jeffrey Steingarten — who served as a judge during Thursday's Sandwich Invitational — also made the rounds, much to the bemusement of those familiar with his professional-crankypants image. (To assuage said persona, see this photo of Steingarten with feather boa and plastic cleaver.) The critic also made appearances at the Inaki Aizpitarte/Daniel Patterson team dinner (strolling in halfway through service), and the Sean Brock/Matt Lightner dinner (during which Brock fed him a bite, hand-to-mouth). Also in the room for the Brock/Lightner meal: Top Chef winner Paul Qui and Bon App restaurant editor Andrew Knowlton.

4) Karen Brooks knows how to party. The Portland Monthly restaurant editor teamed with the creative folk at Wieden + Kennedy to throw a launch party for her upcoming book, The Mighty Gastropolis. The rooftop fete was filled partly with the familiar industry folk, partly with creative-types who made everyone else feel dowdy and generally unstylish. Bites were provided by Brooks favorites like din din Supperclub, Simpatica Dining Hall, the Sugar Cube, Navarre, and Salt & Straw.

5) Truly over-the-top perk of the weekend: Tillamook Cheese blanketed the event with "Tillaphones" — real, live cell phones — that provided their holders with late-night grilled cheese sandwiches, delivered directly to their hotels. (The phones practically harassed holders with text messages reminding them to order a grilled cheese at 1a.m, dammit.) Among the guests who indulged: Food Network chef Amanda Freitag.

7) Saturday evening's High Comfort event, at the Multnomah Athletic Club, brought out some of the city's most well-heeled folks — who dropped $200 and donned suits and cocktail dresses to gorge on what was essentially gussied-up stoner food (foie gras hid in everything from chocolate "foietella" cups to "cappuccinos"). SF chef Chris Cosentino served up pork-skin spaghetti amidst rumors that he'll be crowned this season's winner of Top Chef Masters, but the best bite of the night, hands down: Ox's evil-genius "meat cereal," essentially corn flakes made of maple-coated bacon, served with a smoked berry marshmallow and hazelnut-infused milk. 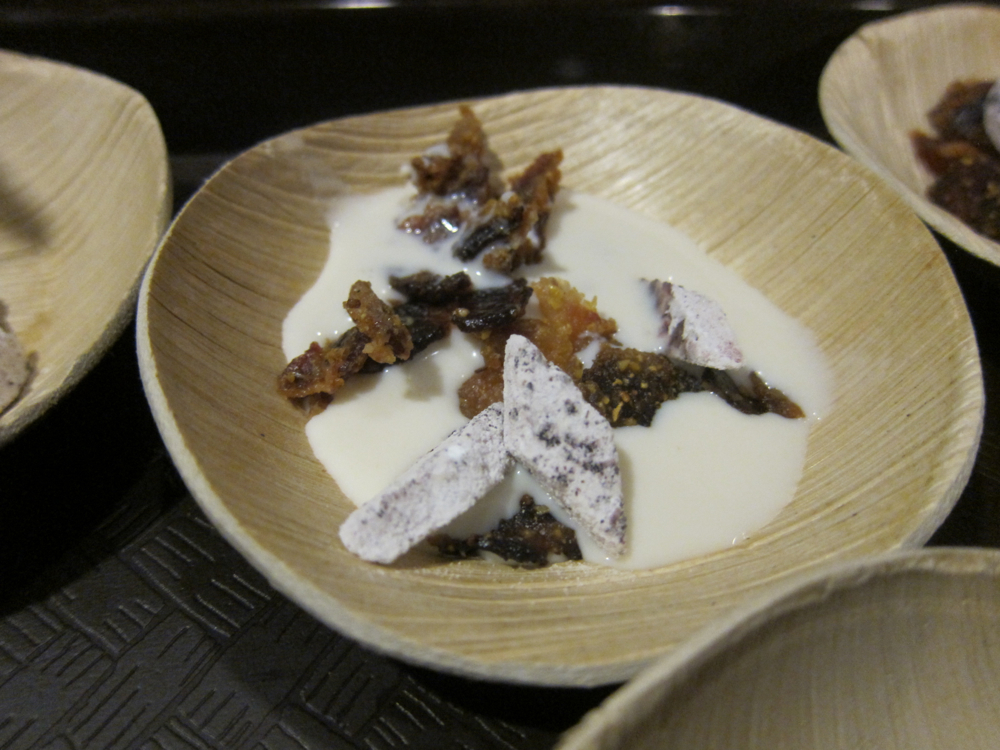 8) Speaking of Ox, it seemed like the must-visit restaurant for out-of-towners, with the Twitterverse revealing that everyone from Hiro Sone (of Napa's Terra) to Nancy Silverton (Osteria Mozza) to Portland's own Michael Zusman stopped by over the course of the weekend. Blind item: Who's the "Big Shot Chef" with an iPhone addiction Zusman speaks of?

9) Bon Appetit threw its Saturday after-hours event at an unlikely location — NE dive Club 21. Despite the spot's signature "Steaks for Your Enjoyment" sign, the serving chefs opted for other kinds of meat: Vinny Dotolo and Jon Shook (of LA's Animal and Son of a Gun restaurants) served up fried chicken sandwiches from the spot's tiny kitchen, while Clyde Common's team of Nate Tilden and Chris DiMinno grilled bratwurst in the backyard.

11) Chef Cathy Whims earns the unofficial "Energizer Bunny Award" for throwing not one, but two afterparties — at her Pearl spot Oven & Shaker and at Nostrana, where she rolled in after serving beef tenderloin at the High Comfort tasting. She then rode on the 40-mile-long, Sunday-morning bike brunch because apparently the woman can DO IT ALL.

12) Oh, and Eater had an afterparty, too, kicking things off on Thursday night during a late-night, meat-filled fest at Laurelhurst Market that also featured brisket by Austin's Franklin Barbecue. At the end of the evening, a double-decker red bus carted guests back to their hotels: if the city seemed a wee bit hungover on Friday morning, this would be why.
· All Previous Feast Portland Coverage [Eater PDX]