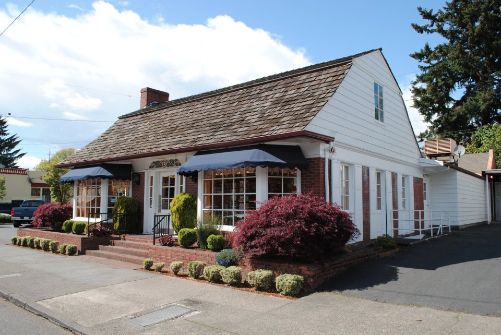 As chef-owner of Portland's popular Toro Bravo, Tasty N Sons and the about-to-be-opened Tasty N Alder, John Gorham's personal success rivals his professional life too — those accomplishments include losing more than 100 pounds and completing seven triathlons. But, every so often, he still finds himself craving a good doughnut. As Gorham admits, it's one of his guilty pleasures, and he finds his faves at NE Broadway's Helen Bernhard Bakery.

This place is a quintessential classic. There are a bunch of new donut places that are good, but go to Helen Bernhard Bakery. Helen Bernhard's makes the best donut in the city, hands down, and you either know about it or you don't. There are always new, exciting places to go, but sometimes the people who have been doing it forever do it best — and that's definitely the fact here.


They also make delicious German/European style yeast breads. When I was working at Simpatica, we would make a lot of sliders for catering. Around town, most folks were using cheap slider rolls that weren't very tasty — in their own right. We worked with Helen Bernhard to make custom rolls that were really good. They are also great for a last-minute cake (when you haven't had time to make one yourself).

Ultimately, it just reminds me of an earlier time. Growing up, every place had an old-fashioned bakery that just has that "mom love". Helen Bernhard makes me think of my mom.