As the weather grows cooler, Eater will be continually checking in on some of fall's most anticipated restaurant openings. Here now, an update about Kachka, opening "around the holidays" on SE Grand: 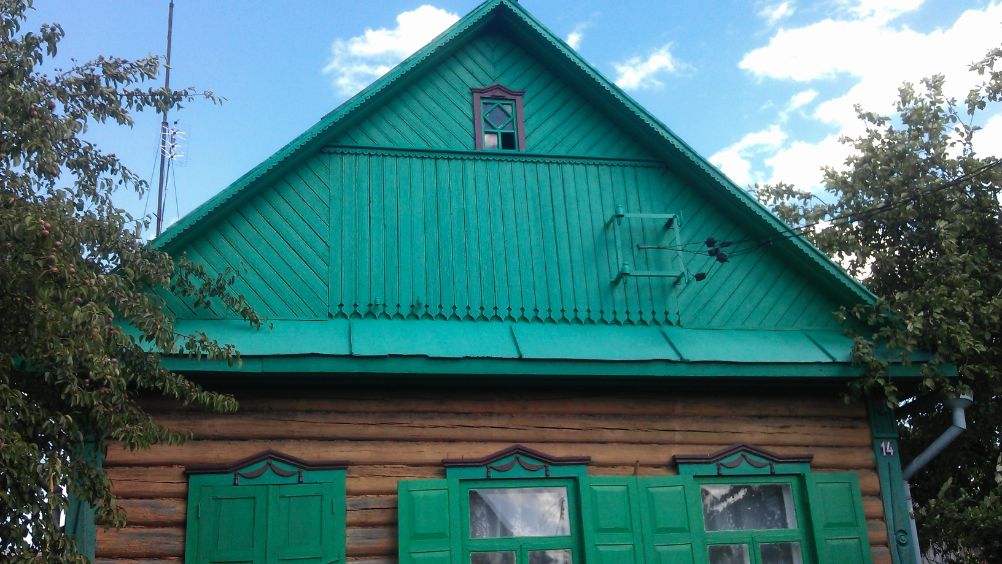 Chef Bonnie Morales, whose parents immigrated to U.S. from Russia, fondly remembers family dinners where every inch of the table was literally covered with food. "When you welcome somebody into your home, you shouldn't be able to see the tablecloth," Morales says of the food-filled Russian tradition, which she and husband Israel Morales will soon bring to their east side, Eastern European restaurant Kachka. "The more things that are on the table, it's a sign of your hospitality, so people will literally cover the whole table with as many dishes as they can. You have every color in the rainbow. I'm excited to show people that."

Here now, the Moraleses reveal new details about the 50-seat spot — slated for a 1,600-square-foot space near Dig A Pony — including the restaurant's country-home aesthetics, major menu details (sea-buckthorn! pelmeni!), and how they'll recreate that table-spillover in a restaurant space.

1) Russians love their appetizers. According to Bonnie, traditional meals "definitely [have] an emphasis on the beginning [of the meal]," so Kachka's menu predominantly features cold zakuski, like salted herring with new potatoes (described as "the keystone of every Soviet gathering), cured fish, pickled veggies (green tomatoes, apples, sauerkraut). A roe/caviar service — featuring house-cured salmon roe — is heavily influenced by one of Bonnie's childhood memories:

Growing up, we would take Wonder Bread and butter and just cover it in black caviar, sturgeon roe. I mean, there would probably be three ounces just on one person's — it was amazing, and it's totally not possible [now]; a lot of it was black market, honestly, coming from Canada. I know it was way cheaper than it should have been... So although that's not possible, having caviar Russian style — meaning, with bread and butter — is really important to me.

2) Pelmeni rule the roost: "The real source of our menu is really focusing on dumplings," Israel says, specifically one of Russia's most popular "bachelor foods," pelmeni dumplings. According to the Moraleses, the Siberian dumplings are so ubiquitous in Russian supermarkets and freezers that nobody thinks to make them in-house. "There aren't very many good high-quality ones," Bonnie says, "which is unfortunate. Because there is a lot of room to grow." Expect Kachka's pelmeni (made of beef, pork, veal, and onions) to be served either fried, boiled, or within a rich broth with sour cream, butter, and vinegar.

3) Russian food is more colorful and refreshing than you think it is. Bonnie hints at unexpected ingredients like sea-buckthorn berries, pickled cherries, and cold summertime soups like one made of pickle juice and sour cream. "The range of soups — some of the best ones are cold, are meant for summer, and are the most refreshing things that I've ever had," she says.

4) Bonnie's family factors heavily in the interior, with "folksy, colorful" touches like linens and decor she's collected from family over the years. And in a twist on Portland's popular reclaimed-wood aesthetic, one of the walls will mimic the colorful exterior of a Russian country home (like the one pictured above), in Barysaw, Belarus. "I took lots of photographs of my mother's and my father's [childhood] homes, so we want to reference those in creating the facade," Bonnie says. A front lounge area in the 50-seat space is designed to attract late-night snacking and drinking. 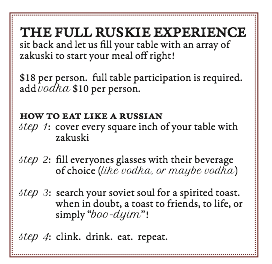 Kachka will open "around the holidays" 2013.
· All Previous Kachka Coverage [Eater PDX]