The Experts Name Their Top Newcomers of 2013

Share All sharing options for: The Experts Name Their Top Newcomers of 2013

As is the tradition at Eater, our closeout of the year is a survey of local food writers, industry types, and friends. We asked the group eight questions, from Meal of the Year to Restaurant Standbys, and all will be answered by the time 2014 arrives. Responses are related in no particular order; all are cut, pasted, and unedited herein. 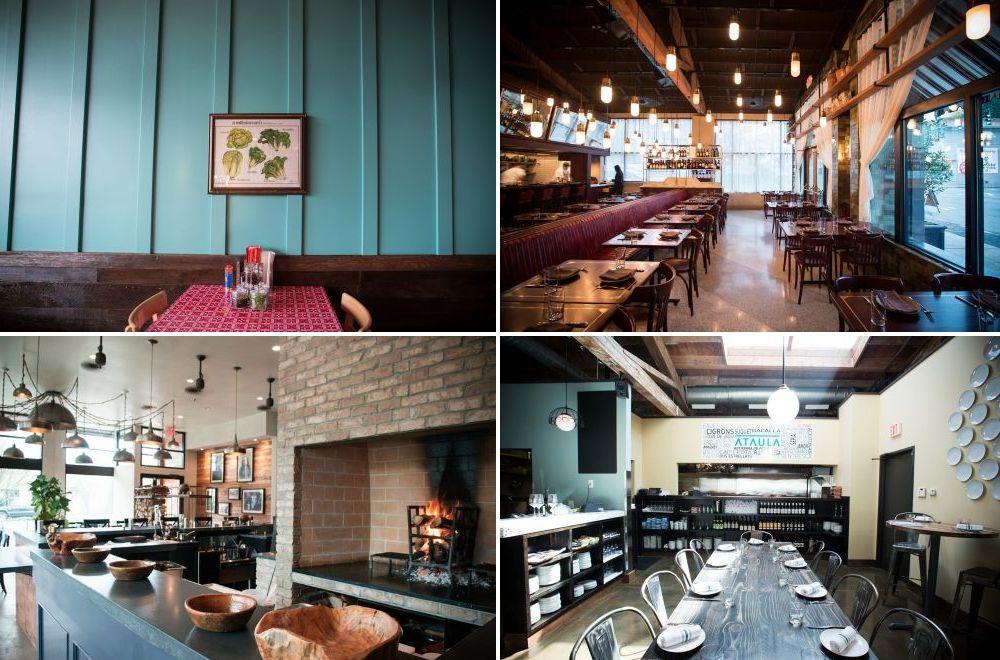 Mike Thelin, co-founder, Feast Portland:
WIthout any doubt Ava Gene's is the top newcomer. Oregon has insanely good vegetables, and it took Joshua McFadden to show us how to take them to the next level and use them in really beautiful and creative ways in a casual setting.

Andy Kryza, senior editor, Thrillist:
Ava Gene's got most of the attention, but Levant is the most daring and original place to have opened its doors all year. Snyder's done an amazing job of creating singular meals that defy classification.

Jordan Michelman, founder, Sprudge.com:
I'll make this one about coffee: Either / Or in Sellwood is the best new cafe that opened in Portland in 2013. I've had exemplary, delicious coffee and service from this cafe all year long. It's charmingly owner-operated and those owner-operators are passionate about the coffee they make. They serve Heart Coffee Roasters and Roseline Coffee — two of Portland's very best boutique roasters — and the space itself is tastefully adorable. I cannot recommend Either / Or enough.

Erin DeJesus, editor, Eater PDX:
I'm beyond thrilled that Ataula, home to our Chef of the Year 2013 Jose Chesa, opened a stone's throw from Eater HQ. Chesa's tapas menu changes frequently enough to provide constant surprises, but perhaps most importantly/surprisingly, each bite manages to be both unexpected and comforting at the same time. Plus, the energy in the room is infectious: You can tell everyone in the room, from staff to sangria-swilling diners, is super-excited to be there, and I'm always happy to be one of them. I'm also a big fan of Boxer Ramen, which was my personal vote for "So Hot Right Now" this year. 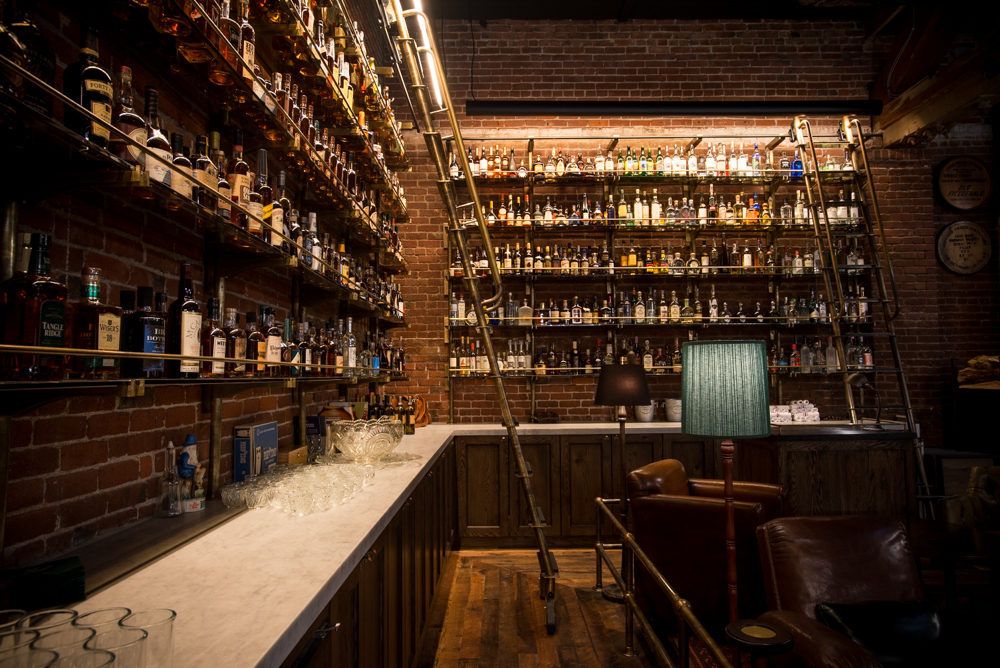 Karen Foley, founder, Imbibe Magazine:
From a drinks perspective, I'd say the Multnomah Whiskey Library. Not only is the place stunning, but they have an amazing team and it's completely dialed — great service, great cocktails, great atmosphere, and an eye-popping lineup of spirits. I know it can be hard to get in, but it's one of those places that's worth the wait if you have the time.

Georgia Frances King, editor, Kinfolk Magazine:
To even up the Ava Gene's landslide, I'll go for the little guy and say the new tiny bar underneath a certain barbershop on Mississippi. I don't think it even officially has a name (oh lordy, how typically Portland does this answer sound?). They've only been open for a few months, it's nearly impossible to find the entrance (I was lucky enough to happen upon it while picking a friend up from a cut-throat shave) and their only marketing technique was to send guys downstairs who had just got their hair cut to collect two fingers of free whiskey. It's set up like an old railroad train, complete with booths stuffed with vintage luggage, a steam pipe built into the bar, and black and white movies screening all around. Great drinks, great service and— surprisingly for a drinking hole — super tasty snacks. Try the walnut, blue cheese and brown butter ravioli. And tell CJ I sent you. 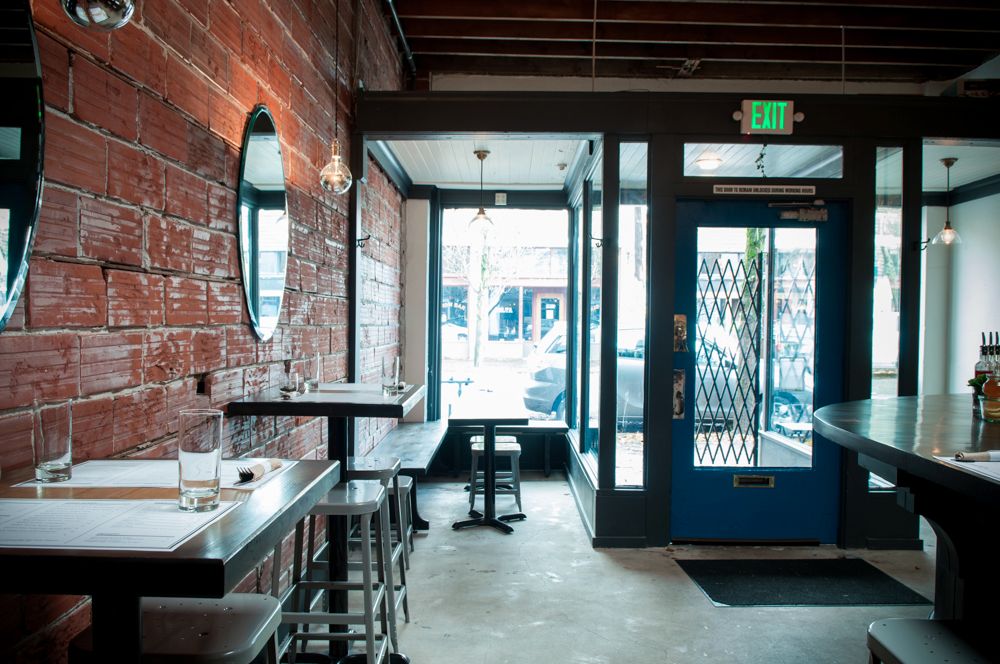 Byron Beck, local gadfly and Eater contributor, ByronBeck.com:
Radar restaurant on North Mississippi. A small-plates place for those who actually want more of a medium-plate place. The portions are perfectly-sized for two healthy eaters to share, something not all small plate places can deliver. The service is really good. This sliver of a space has just the right mix of atmo and ambiance. And I love the food. It's one of the only places in town where I can find smoked whitefish like I get in New York.

Michael Zusman, author and freelance food writer:
2013 was a funny year. Several sad closings, plenty of promising openings, but nothing that pried me from my prior year's top picks. So far, the jury is still out on recent newcomers — Davenport, Trifecta, Broder Nord, and, oh so very fresh Maurice and Mi Mero Mole 2. I can't seem to align my schedule to get over to Sweedeedee even though the consistent gushing tells me its wonderful. Meanwhile, at the cool kids' favorite, Ava Gene's. I've had good and not so good. So, I'm going with Ataula as my top newbie. The northwest neighborhood Spanish spot is best in category since the heyday of Tapeo, a lifetime ago in restaurant years. The tapas are sublime, the chef industrious and adventurous, the service welcoming and the space comfortable. I think I'll go back tonight.

Paul Gerald, author, Breakfast in Bridgetown:
In my (breakfast/brunch) world, definitely Ataula. It takes a lot for me and my Breakfast Crew to get worked up, but we almost wet ourselves over that Sunday brunch. Most of us have been back again.

Drew Tyson, editor, Thrillist PDX:
Sen Yai, as it's consistently as satisfying as Lardo; close second is Boxer Ramen, the only new spot I'll make an excuse to revisit (even though it includes a trip to the ATM).

Chris Angelus, founder, Portland Food Adventures:
Can I take the fifth? Okay, I'm going to pussy out here and go with five in different categories. This is Portland, after all. Levant for dinner, doing something no one else is doing, and doing it so well. Imperial for providing my favorite power lunch spot. Xico for its passion, vision, execution and beautiful women. Grassa for its value and because Rick Gencarelli cares so much, and Expatriate because I feel so at home there, Kyle's liquids and Naomi's solids are incredibly tasty and I love the vibe. Food Carts, two words: LOBSTER ROLLS. (Sadly, I only went to Ava Gene's once.) 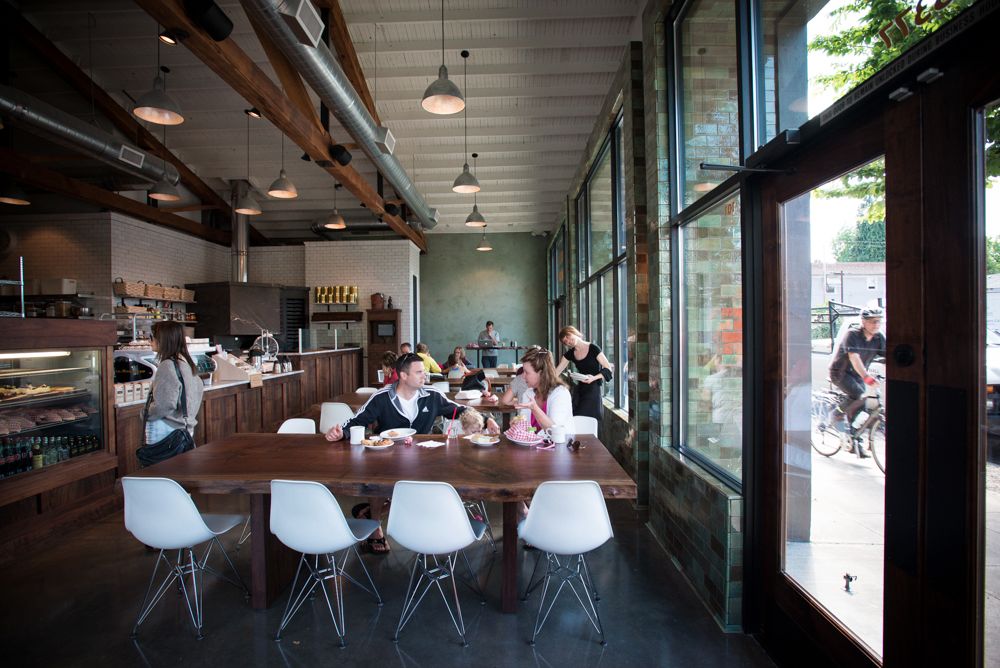 Karen Brooks, food critic, Portland Monthly Magazine:
A year ago, Portland needed a new idea — a bar-raiser, a coherent package of passion and professionalism, vision and precision, with details bolted down, from food to service, but crafted for Portland: unpretentious to the core. Ava Gene's delivered it. I love Joshua McFadden's ingenious salads, crackling mistos, wood-charred panes, and soul-satisfying pastas. The cocktails sing, the wine list is well-curated. Joyful simplicity, great ingredients, confident surprise, the acuity of intention. This is Ava Gene's stand. Portland grows up, but rock 'n roll never dies.

Dina Avila, freelance/Eater photographer, Eater PDX
I may not be the right person to answer this question as we haven't eaten out as much as previous years, but visually, as I've shot all of the new restaurants for Eater, among my favorite spaces to shoot (and there are many) have been Multnomah Whiskey Library and Trifecta. Does that count?