Share All sharing options for: Food Writers & Experts on Their Restaurant Standbys

As is the tradition at Eater, our closeout of the year is a survey of local food writers, industry types, and friends. We asked the group eight questions, from Meal of the Year to Best New Restaurant, and all will be answered by the time 2014 arrives. Responses are related in no particular order; all are cut, pasted, and unedited herein. 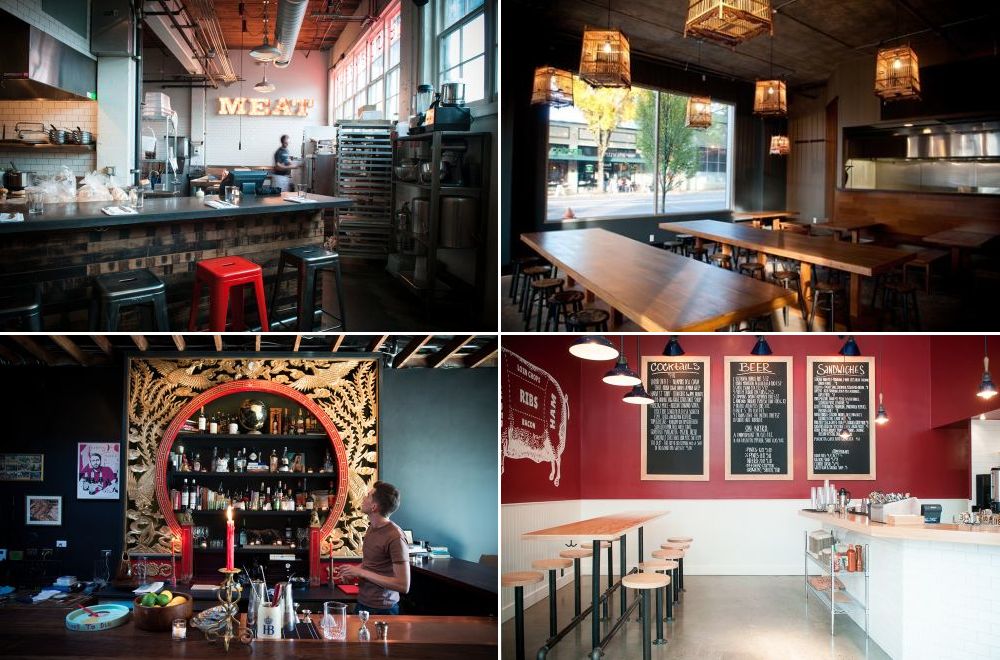 Q: What was your restaurant standby in 2013?

Karen Brooks, food critic, Portland Monthly Magazine:
Expatriate. I love the sense that every moment feels just for you — the turntable spins, the candles-in-a-cave vibe, the intensely balanced drinks, the spicy, oh-yeah-baby Asian snacks served with ornate gold silverware. This is where you'll find me, holed up with the best of friends.

Martin Cizmar, arts and culture editor, Willamette Week:
Well, that's easy: Lela's Bistro, which is right around the corner from Willamette Week's office. I've ordered either a vermicelli bowl with chicken, a pork banh mi, or beef pho to-go at least twice each week all year. On Friday, they didn't even bother to ask my name, I just got "Okay, we'll see you in a couple minutes."

Mike Thelin, co-founder, Feast Portland:
I have become a Meat Cheese Bread fan for lunch. There are many great sandwich shops in town, but too many are way too heavy for the middle of the day. Pork belly or fried chicken is great at night, but during the lunch hour means lights out for me in the afternoon. Meat Cheese Bread does not fear classics like a great turkey sandwich, or their excellent green bean and egg sandwich. They also have great soup and sides. For lunch, that's what I want. I'll save the sando hedonism for a night on the town.

PDX Food Dude, editor, PortlandFoodandDrink.com:
Levant. The food brought me home, and despite occasional consistency issues, I keep going back.

Michael Zusman, author and freelance food writer:
Some days at the day job are long. Or I stayed up too late the night before hitting a deadline or just goofing around on the Internet. For dinner on those wrung out evenings, I prefer close to home, simple and not too pricey. And in 2013 that has tended to mean one of the downtown Gencarelli shops: Lardo for an oozy, meaty sandwich and fries or around the corner at Grassa for a bowl of al dente pasta and some serious garlic bread. The insider tip is the fantastic herbaceous, not too sweet root beer they sell at Lardo, but you can bring into Grassa through the door that connects the spaces. 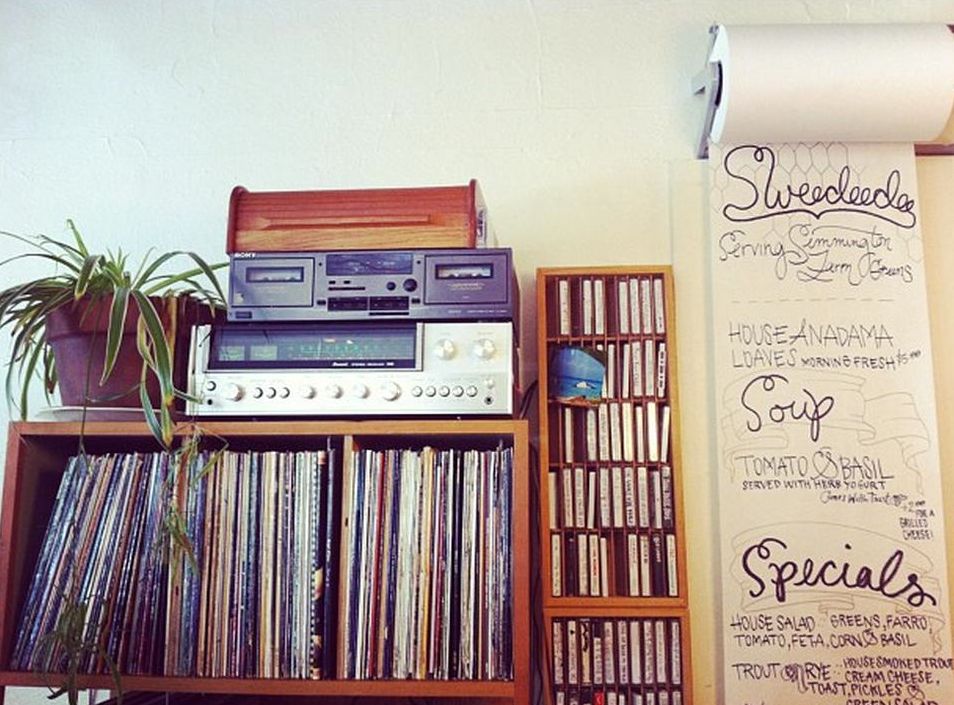 Byron Beck, local gadfly and Eater contributor, ByronBeck.com:
If you looked at my debit card history toward the end of the year you might think the deli at Green Zebra Grocery, but the truth is that I actually found myself, more often than not, at Departure Restaurant and Lounge. Chef Gregory Gourdet's embellished Asian cuisine matches perfectly with the view from atop the Nines Hotel. And Olympic Provisions for lunch because they would be willing to tweak their offerings so that I can get always get a killer ham and butter sandwich there no matter what's on the menu. At the beginning at the year it seemed to be all about (now-closed) Riffle NW, at the end of the year we seem to be hitting it hard at Lardo and Multnomah Whiskey Library... that is, when we can get in there.

Paul Gerald, author, Breakfast in Bridgetown:
A tie between Little Big Burger and Bambuza, because they are the only two options in my South Waterfront neighborhood. It says a lot that I can't wait for Cha Cha Cha to open down here.

Karen Foley, founder, Imbibe Magazine:
I found myself at Lardo a lot this year (probably because I have an 18-month-old, so fine-dining is tough these days). Most of the time I get one of their salads, which are always good, but when I feel like something more substantial, they have plenty of options. Plus, they have a killer Bloody Mary, and the Chef Series sandwiches mean there's always something new on the menu.

Don Bourassa, community director, PDX Yelp:
My wallet may hate me for it, but I can't stay away from Ava Gene's. That joint is executing on all levels, and the food is consistently impressive. On a more reasonable note, ever since Tanuki moved in to Montavilla I've seen way too much Robo-geisha. 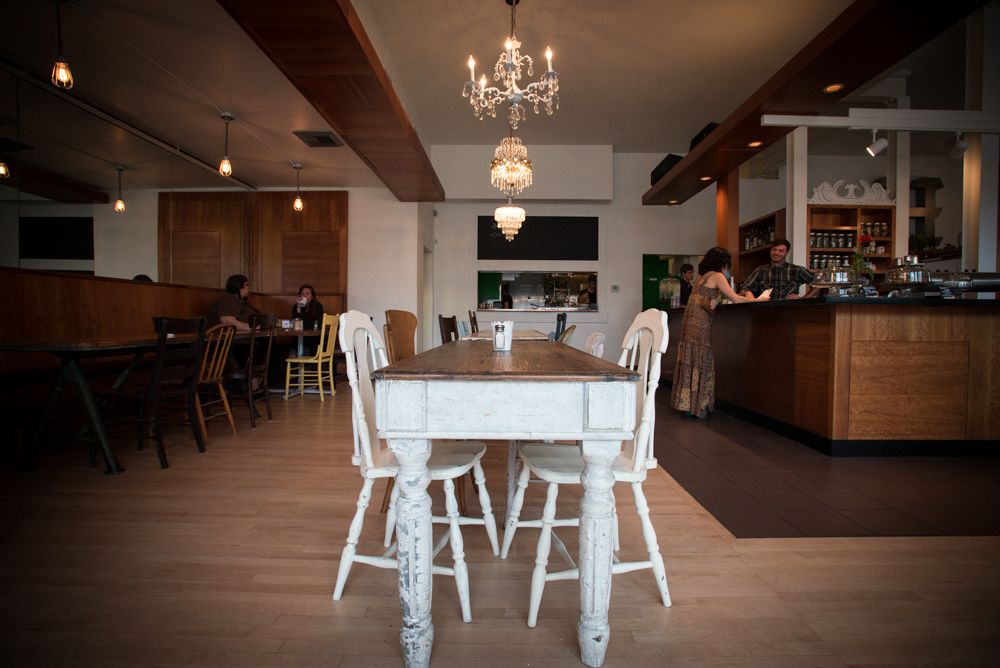 Allison Jones, web editor, Portland Monthly:
Harlow, by a landslide. I'm completely addicted. There's something magical about a 100 percent gluten-free, organic vegetarian restaurant that manages to taste delicious every. Damn. Time. In a sea of all-butter bakeries, nine-course tasting menus, and bagel sandwiches loaded with a burger patty, sausage, AND bacon, it's nice to take a break with a bowl of well-sauced quinoa and cauliflower. Now, if only I could convince them to offer a grass-fed steak option to top any bowl… I'd never have to eat anywhere else.

Jordan Michelman, founder, Sprudge.com:
I'm originally from Tacoma, Washington, and I lived in Seattle for many years. When I moved to Portland — three years ago now — I worried about the availability of good, cheap, non-fancy non-conceptual chicken teriyaki, which is plentiful in and around Seattle. Then I found Du's Grill, on Sandy. I'm now convinced that Du's is the best teriyaki I've ever had, its simple elements each achieved in effortless perfection, in a repeatable cycle of satisfaction: the perfect sweet sauce, just the right amount of char on the sliced meat, the fluffy rice, that crispy salad with poppyseed dressing.

Chris Onstad, restaurant critic, Portland Mercury:
When the day has been full and we give in to the fatigue of herding three kids, we almost always go to Taqueria Portland for the best nachos in the city, mole burritos, and big, crisp sopes. Plus massive, chilled glass mugs of orange Fanta.

Dina Avila, freelance/Eater photographer, Eater PDX
This year (and, admittedly, since they've open) our go-to restaurant has been PaaDee. Specifically, for the ba mhee tom yum pitsanulok noodle bowl, because that is what I appear to crave almost constantly. That and the honey salami pizza at Oven & Shaker. 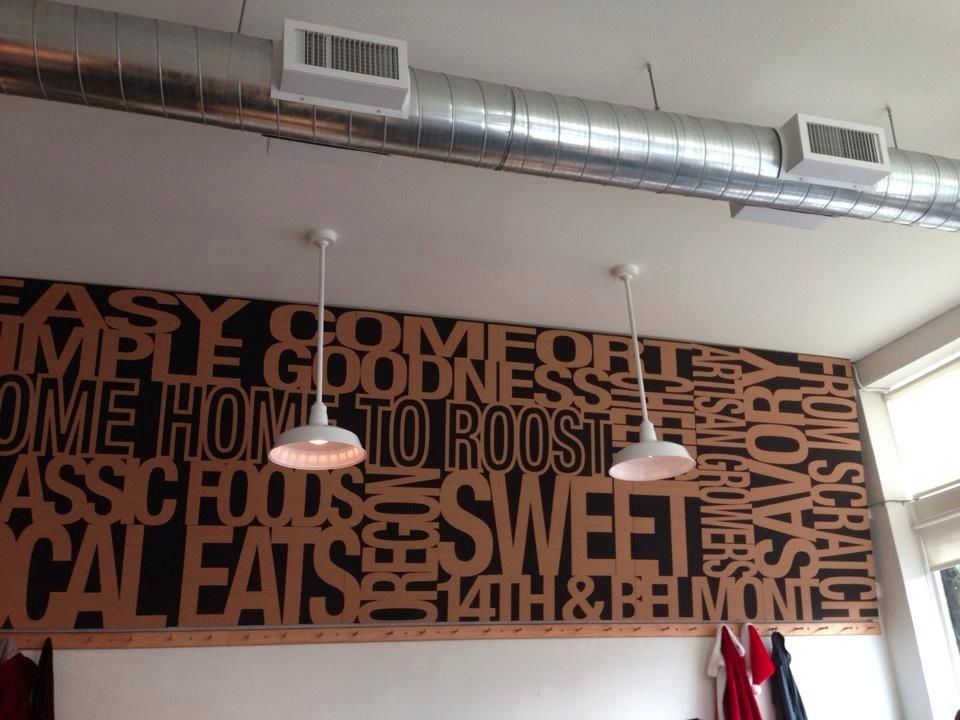 Andy Kryza, senior editor, Thrillist:
I've always been puzzled by — and kind of selfishly grateful for — the amount of vacancy at Roost. The food is amazing. The staff is warm. But there's always a surplus of tables. I'm not much for waiting in line, and I am perplexed by the instant access at this incredible place. Ditto for Equinox, which has the best, least-expensive steak and eggs in town (with respect to Acropolis).

Adam Lindsley, freelance food writer, Serious Eats/The Oregonian:
When I dine out it's almost always at a cheap eats spot. I'd have to check my records, but I'm pretty sure Ate-Oh-Ate, Mi Mero Mole, and Little Big Burger got the majority of my dining stipend this year, along with Minizo for lunches at my desk. I took just about every friend visiting from out-of-town to Podnah's.

Chris Angelus, founder, Portland Food Adventures:
I spent a lot of time at the coast and probably ate at Local Ocean Seafoods and The South Beach Fish Market in Newport more than anywhere else. I'm going to enjoy that stuff before the Fukushima facts scare me enough to put a depressing kibosh on so much fish. In Portland, it was Verde Cocina in Hillsdale. Simple, healthy and delicious, and close by to where I live for weekend brunch or dinner.

Erin DeJesus, editor, Eater PDX:
No matter what random craving I'm having, the chicken and rice at Nong's Khao Man Gai always sates it, and I found himself at one of Nong's locations even more as the weather turned grey and rainy. And for pre-dinner/after-work drinks, you can find me at the bar at Imperial, having one more Vieux Carre than I probably should.
· All Year in Eater 2013 Coverage [Eater PDX]