Portland Food Experts on the Single Best Meal of 2013

Share All sharing options for: Portland Food Experts on the Single Best Meal of 2013

As is the tradition at Eater, our closeout of the year is a survey of local food writers, industry types, and friends. We asked the group eight questions, from Best Dining Neighborhood to Biggest Dining Surprise, and all will be answered by the time we turn off the lights at week's end. Responses are related in no particular order; all are cut, pasted, and unedited herein. 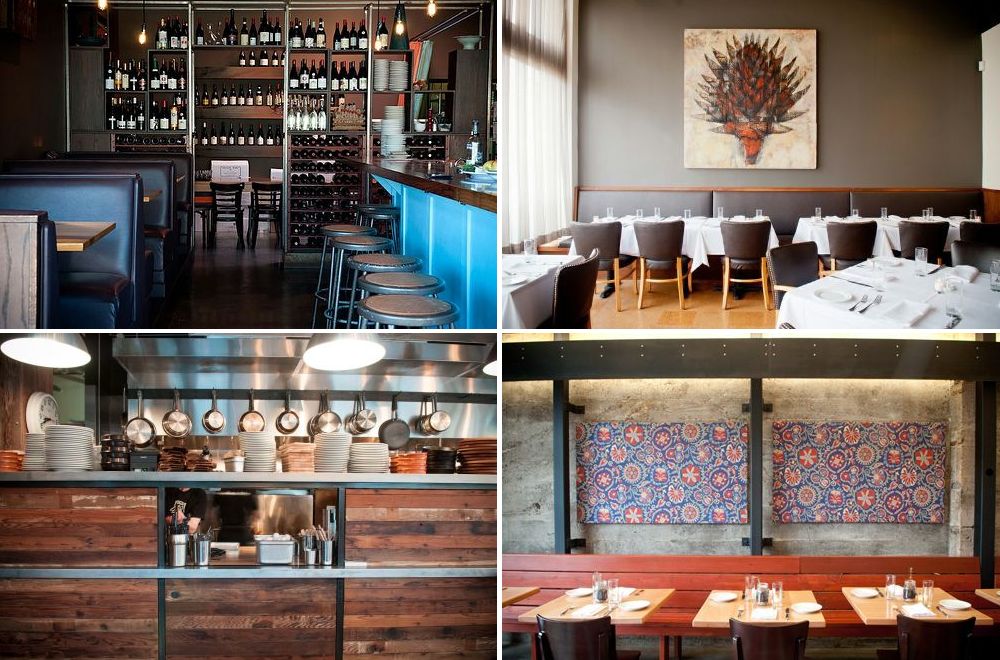 Karen Foley, founder, Imbibe Magazine:
I'm going to spin this back to drinks, and I'd have to say Hale Pele. Most recently, I went on my birthday and had such a great time. The cocktails were phenomenal, and it's such a fun place. They serve serious cocktails, but they don't take them seriously, which I love. Tiki cocktails are the most time-consuming drinks to make, but they make it look easy, and what's not to love about cocktails with over-the-top garnishes and some fire?

PDX Food Dude, editor, PortlandFoodandDrink.com:
I have to pick just one, Aviary would have the edge because of consistency. At recent meal with friends we tried 10 different dishes, and all were perfect. 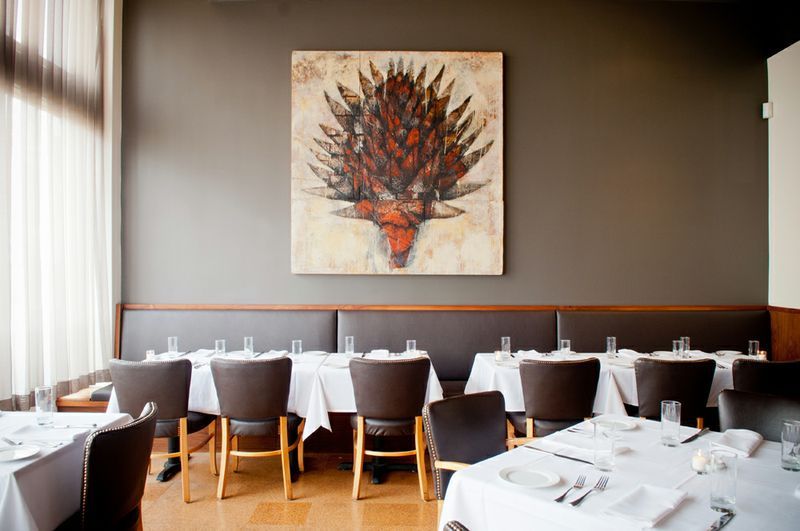 Karen Brooks, food critic, Portland Monthly Magazine:
It was a night at Castagna, I can't remember when, but I remember the dish: beets. Not just roasted but punched into neat rings, artfully sheened in ruby-red juice, set over sweet onion confit, dusted with a fine crush of frozen horseradish mousse, and finished with fat crumbs of smoked beef powder. It was a culinary illusion — an entire meal of roots and cow, heaven and earth, and maybe even a London pub, unfurling in every bite. In a year of great eating, this was the moment.

Byron Beck, local gadfly and Eater contributor, ByronBeck.com:
Valentine's dinner at one of my favorite restaurants, the now-closed and much-missed Riffle NW. The price for the four-course dinner was a bit spendy but everything was so damn good, from the oyster with salmon tartare to the langoustine-and-sweetbread ravioli to the lobster stuffed monkfish wrapped in bacon. Each course was paired with wine. It was a perfect night. The weirdest thing I ate was the duck neck stuffed with sausage at St. Jack... everybody at the table that night played with the duck's head.

Andy Kryza, senior editor, Thrillist:
I treated my Midwestern parents to a meal at Old Salt Marketplace within a week of its opening. I never thought I'd consider a simple roasted chicken the best meal I'd had all year, but the truth was written all over the empty plate streaked with tongue marks. Throw in their pork plate, and you've got PDX's best and most innovative comfort food. 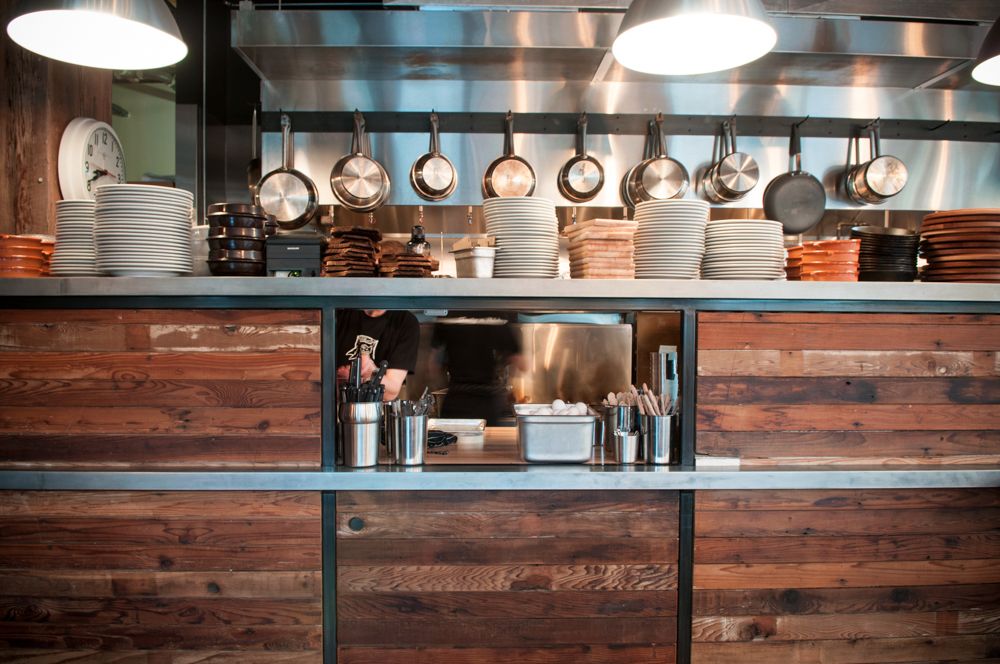 Jordan Michelman, founder, Sprudge.com:
I took an out-of-town client from Melbourne and his wife to Tasty N Alder a few weeks ago. It was their first visit to Portland, and they were staying at the Ace, so I figured it would be a perfectly Portlandy spot to visit. Our dinner was just superb. Our steaks, veggies, charcuterie, wine, all of it perfectly on point. A bounty of local goodies and flavors — especially that brined pork chop they make, which is just delicious. Arguably Portland's most hyped restaurant of 2013 was inarguably my best meal.

Paul Gerald, author, Breakfast in Bridgetown:
In Portland, that Ataula brunch. But I'm going to cheat and say it was actually at a place called Trattoria Il Bivio Da Fedio, near the Tuscan coast. I was leading a hiking group there for the Mazamas, and that meal, which lasted four hours, was later referred to as "The Night of the 17 Courses." It just kept coming! Even our Italian guide and driver were literally moved to tears by some of the food. The place is run by two sisters, has been in the family for decades, and has no Internet presence whatsoever.

Chris Onstad, restaurant critic, Portland Mercury:
My favorite meal of the year was eating the tasting menu, standing, in the kitchen at Castagna. I spent a couple days in there researching a piece about them, and watching that incredible team put together the 20-plus complex dishes was a once-in-a-lifetime experience.

Chris Angelus, founder, Portland Food Adventures:
What's the best book at Powell's? That's how hard this question is. Aside from all the Portland Food Adventures dinners, which I shall exclude as delicious conflicts of interest, at one point it was in Seattle at the Whale Wins, but Portland came back strong; I brought a close friend from out of town to Tasty for breakfast and then Toro Bravo for dinner and that was a slam-dunk holy shit day-long experience. I still can't believe we attempted it. (Okay, yes I can.) Other than that, I had a "I am not doing myself justice and I must come here more" moment at Aviary last night. Could have been anyone's best. I have too many of those, and am going to attempt to change that in 2014. 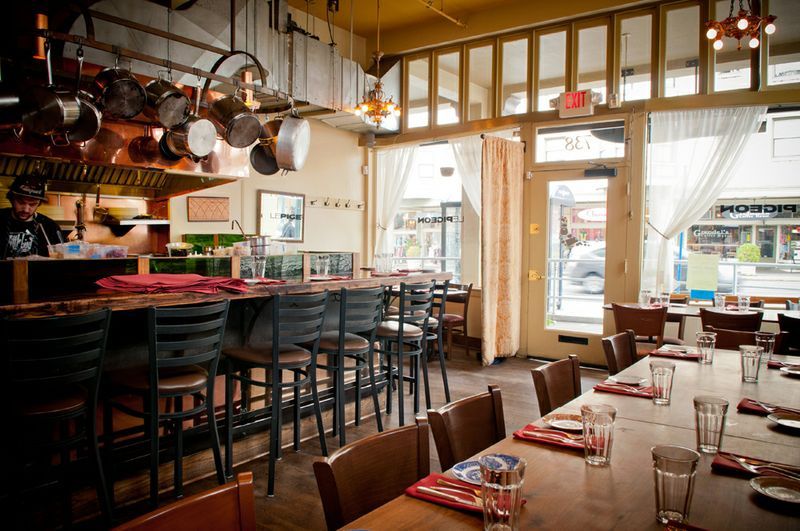 Ben Tepler, contributing food writer, Portland Monthly:
Castagna. I honestly don't have much patience for foams and aerosols when it comes to my food, but Justin Woodward's cooking blows me away. It was also hard to believe that anyone could step out of the shadow of Matthew Lightner (now furnishing 3 stars from the NYT for his restaurant Atera). But five or six courses in, I was a true believer. He makes this lime-cured black cod with young almonds, green apple granita and wild ginger powder that blew my mind. And his desserts? Forget about it. "30-second" sponge cake with lime custard and anise hyssop ice was the best dessert I've had in years… even if he stole the idea from El Bulli.

Georgia Frances King, editor, Kinfolk Magazine:
Tasty N Alder (or my local Tasty N Sons): The Tasty Steak N Cheddar Eggs — but not for the steak, cheddar, or eggs. I could live off the cornmeal pancake smothered in salty jalepeno butter that they come resting on. Best thing I ate this year (several times), and happily for the next five years to come.

Adam Lindsley, freelance food writer, Serious Eats/The Oregonian:
Any one of the many times I ordered a chevre bacon burger, fries, and root beer float at Little Big Burger. That meal is just pure bliss start to finish. I could say the same about dinners I ate at Podnah's, Firehouse, or a dozen other places, but I am addicted to Little Big Burger and can't go more than a few weeks without it. 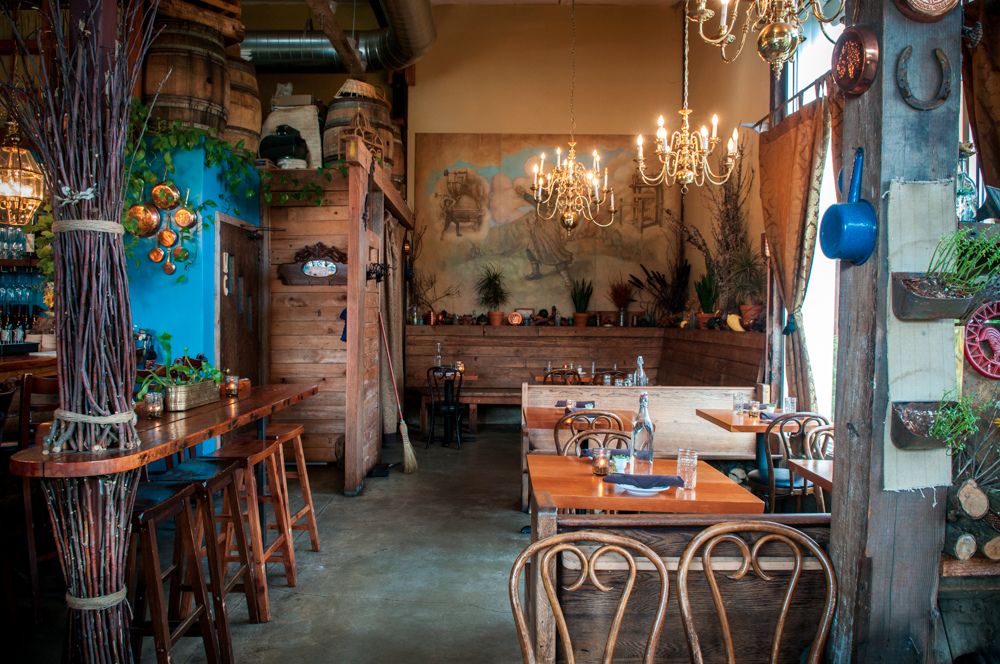 Erin DeJesus, editor, Eater PDX:
In October, we had some guests from Japan in town, and to really introduce them to "Portland food" (a big variant from "American food"), we went to Ned Ludd. What unfolded was easily my most memorable meal of the year: vivid beet and kale salads; an insanely tender milk-fed pork with creamed greens and apples; whole-roasted trout with perfect char; and what our guests loved best, the warm cast-iron chocolate chip cookie to finish, appropriately and delightfully "American sized" (re: comically large). The meal, start to finish, was the most satisfying and surprising I'd had in a long time — and the whole experience gave me a bizarre sense of pride, getting to show off Portland food at its best.

Dina Avila, freelance/Eater photographer, Eater PDX
An excellent meal, in my opinion, is one that I think about months, or even years later. Eating at Chez Panisse in the late '90s, for example: I was a vegetarian at the time and they made me a special dish of wild mushrooms with pasta. I still remember how the pasta melted on my tongue. This year, I had the honor of photographing Justin Woodward's vegetable heavy creations at Castagna a couple of times over the summer for magazines and and among many amazing dishes there's one that I still think about out. It's his bright green "terrarium of peas" with Walla Walla custard and smoked potato chip. Creamy, bright, delicious, as well as beautiful to photograph. Also, damn near anything Chris Carriker has cooked for me. Read: Kangaroo.

Michael Zusman, author and freelance restaurant writer:
Relying on my Twitter feed rather than frail memory, my first meal or two at Levant were my local favorites. I felt like chef/operator Scott Snyder was splashing around in a totally different flavor/ingredient pool than everyone else in town, and early on was doing a fantastic job expressing the blend of Middle Eastern, European and local cuisines on his plates.

Outside of town, the best of the best was in Tokyo. Not at one of the many Michelin-starred restaurants there (though Ishakawa was wonderful). No, it was at a tiny place (maybe 15 SRO diners, packed tightly around the counter) called Edomasa that serves nothing but chicken. Patrons order a set consisting of raw, chopped chicken meatballs; grilled chicken breast (on its own and with green onion) and liver. And as a bonus, you get one (no more) skewer of kawa, chicken skin wound in layers around a stick until it looks like a boudin blanc, then grilled until puffy, scored and grilled some more until deep golden. All items dipped in the special house secret soy-based sauce. The place is open about four hours a day, six days a week. The other day the husband and wife proprietors spend prepping. Went twice. It was heaven.