Share All sharing options for: Food Experts Make Their Headline Predictions for 2014

As is the tradition at Eater, our closeout of the year is a survey of local food writers, industry types, and friends. Thus far, we've covered the single best meals, biggest dining surprises, top dining neighborhoods, and more. And now, the finale: Responses are related in no particular order; all are cut, pasted, and unedited herein. 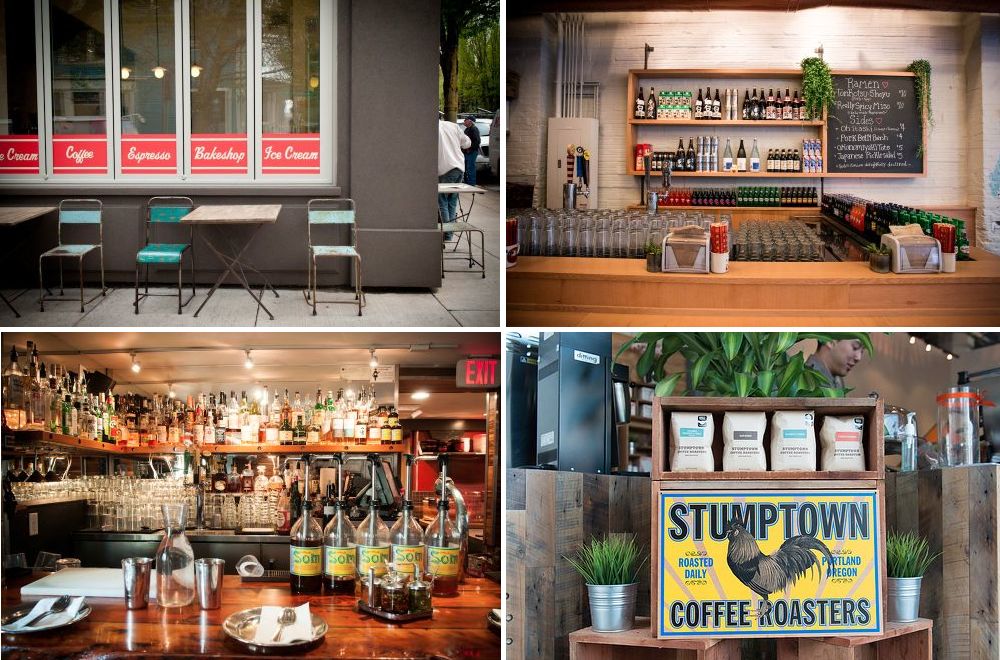 Photo of Stumptown courtesy potential past via Flickr; all other photos courtesy Avila/EPDX

Q: What are your headline predictions for 2014?

Dina Avila, freelance/Eater photographer, Eater PDX
Expansion. I think many of our chefs (and bakers and bartenders, for that matter) are needing/wanting a new venue to cook in: a new kitchen that will inspire fresh ideas and help them stretch their creative muscles. I'm excited, for example to see what Aaron Barnett has up his sleeve for the new St. Jack in NW. Also, I think (hope) there will be less pomp about cooking with local ingredients, because, as we reallywant you to use local and natural ingredients (and expect it), we are also all sick of hearing about it.

Paul Gerald, author, Breakfast in Bridgetown:
My best guess is that, right now, on any given weekend day, there are about 160 places serving breakfast or brunch in town. It's been going up for years, but I predict that in 2014 it plateaus. Okay, that's more of a hope, but still. It has to slow down, right?

Byron Beck, local gadfly and Eater contributor, ByronBeck.com:
· Old Town will see an upsurge in prospective restaurant interest after Ryan Magarian opens his new bar behind what used to be Ping (and near a new boutique hotel).
· I still believe, as I did last year, that Clyde Common's Jeffrey Morgenthaler will somehow end up shirtless on some bachelor-style show, especially due to the fact he has a book to promote.
· Micah Camden will finally find a space he doesn't like and has no intention in turning it into some sort of ramen/burger/sushi/biscuit/donut joint... oh, hell... I take  that back. Camden still needs to conquer the world of soft foods — including gelatins, soup and cheese. Camden will make the early-bird dinner crowd hip.
· And I am fairly certain a very high-profile restaurant/bar will land in the big, new hotel that is coming downtown that no one is willing to talk about...yet.

Michael Zusman, author and freelance restaurant writer:
· Seafood Stocks Plummet; Prices Rocket. From my reading and eating, I see this headline in our short-term future, maybe even in 2014. Far less seafood of all sorts, and what remains available will be too expensive for most. I don't have any policy prescriptions and am skeptical of those that do. I love everything from the sea, so I want to be wrong about this prediction. But my fear is that many underwater favorites will soon go the way of the Beluga sturgeon.
· Vegetables' Relentless March to Front-and-Center: A meal of meat, starch and veg was what I grew up with. The meat was the main, the other components played supporting roles. "Small plates" dining introduced more modular meals — a little of this and a little of that, as one pleased. Now, the push is on to bring produce into preeminence. The forces underlying the movement are a mixed bag, legitimate and not so much, ranging from the medical/insurance complex to environmentalists to animal rights activists to upper middle class white elitists looking to sell books and lecture tickets. Regardless of source or probity, the movement has unmistakable and building momentum.

Drew Tyson, editor, Thrillist PDX:
· Quality Delivery Comes to Portland
· Pok Pok Opens in LA
· Foursquare Use Doubles
· Stumptown is the New Starbucks (· Portland Gets Its Own Section in the New York Times

Chris Onstad, restaurant critic, Portland Mercury:
The wave of local cookbooks has only just begun. I'm looking forward to the next round of projects, because I know many chefs whose approaches and techniques deserve airtime.

Mike Thelin, co-founder, Feast Portland:
Portland is going to dominate the Beard Cookbook Awards — or at least have a huge presence with nominations. Toro Bravo, Pok Pok, and Le Pigeon are all about as good as cookbooks can be. Also let's not forget Michael Zusman/Zukin's cookbook and others. There is always so much attention on Portland chefs, and that's great, but we are a powerhouse city when it comes to great cookbook authors.

(How accurately did Eater's 2012 panel predict this year's headlines? Look back here.)