Le Pigeon: The Cookbook, dubbed a "serious yet playful collection" of 150 recipes spanning 336 pages, promises to celebrate Rucker's familiar "high-low extremes in cooking" (and the screengrab above reveals the Le Pigeon burger's on the menu). The book includes a forward by NYC chef/Top Chef judge Tom Colicchio and was co-written by Meredith Erickson, best known for co-authoring The Art of Living According to Joe Beef. 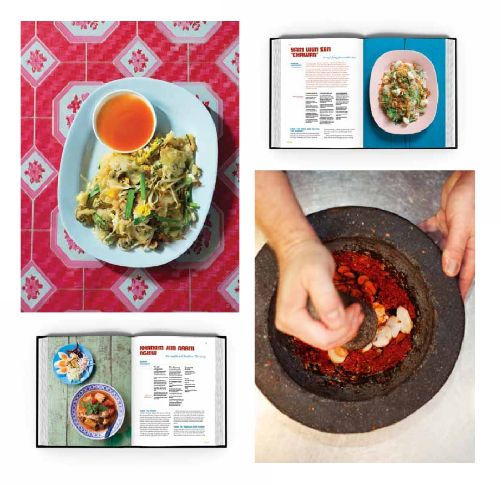 Pok Pok, meanwhile, is described as "an indispensable guide to making Thai dishes at home," with Ricker guiding home cooks through "classic recipes for simple and delicious Thai dishes, as well as the fundamental master recipes of Thai cooking and a primer in techniques and favor profiles." JJ Goode, co-author of April Bloomfield's A Girl and Her Pig, gets a co-author credit.