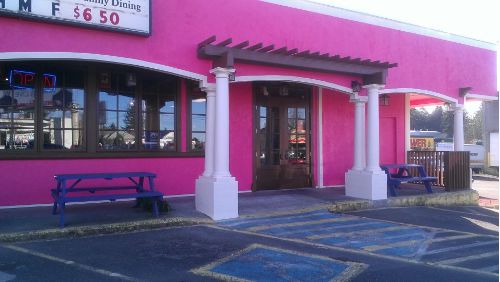 As the executive chef of Xico, Kelly Myers knows her molino from her moles. But that's not always been the case. Myers comes from a Midwestern family where her youthful hands were used to guide cattle at her father's veterinary practice. As a sociology major at the University of Wisconsin at Madison, she found her calling on a post-graduation cross-country road trip with her friends, hovering over a cramped two-burner stove in a Volkswagen Westfalia. It was in Louisiana and New Mexico that Myers found the flavors and traditions that led her to becoming a chef. Six years after helping to open Nostrana, Myers joined her long time friend Liz Davis at Xico. Myers' research for Xico led her south to Mexico City and Oaxaca under the guidance of chef instructor Reyna Mendoza Ruiz. Here, Myers got on her knees and learned to make mole with a metate or ground stone tool. "Before Reyna I was playing with recipes in my kitchen and I didn't trust myself," she said. So trust her now when she advises you on what mole you should dive into at La Bamba.

I live near La Bamba on SE Powell Boulevard, so I've been making my way through their menu's regional specialties, which highlight Veracruz, Oaxaca and Puebla, three of the richest and most diverse culinary regions of Mexico. It's got a big pink facade; you can't miss it. La Bamba's owner is himself from Veracruz. He has a second location in Sandy, OR. and he goes back and forth between the two restaurants, making most of the menu's five moles. They are justifiably his pride. One of my favorites is served over smoked pork chops. Get the velvety black beans when you go, and bypass the conventional choices in favor of unusual preparations and menu items with descriptions identifying their geographical origins.