An Epic Look at Portland's Most Anticipated Fall Openings

Share All sharing options for: An Epic Look at Portland's Most Anticipated Fall Openings

Fall is absolutely the most exciting time to be a diner in Portland, and 2013 proves no exception — this year, at least 15 new spots are scheduled to open between Labor Day and the end of November. Here's a chronological guide to everything you need to know about the big fall openings this year — including some major new intel about spots like Ken Forkish's Trifecta Tavern (including what defines a "baker's restaurant"), Broder Nord (which will feature a grab-and-go marketplace in the Broder mold), and the Richmond Bar (OP exclusive meats, of course).

1) NE Alberta: The Sugar Cube
Address: 3039 NE Alberta St.
Major Players: Kir Jensen
The Situation: Jensen cultivated a following for her playful take on cupcakes, cookies, and floats (among other desserts) at her iconic food cart the Sugar Cube. After years of planning, Jensen's finally ready to open her first brick-and-mortar bakery, which will see a focus beyond just sweets: The Sugar Cube cafe will focus "on a small, well-curated breakfast menu, breakfast pastries, and all kinds of sugary goodness throughout the day," Jensen says. Also on-tap: a dessert CSA (modified here to stand for "Community Sweets Alliance").
Projected opening: early September

2) Division/Clinton: The Richmond Bar
Address: 3203 SE Division St.
Major Players: Nate Tilden (Olympic Provisions, Clyde Common), Eric Moore (Victory Bar)
The Situation: OP and Clyde empire builder Nate Tilden brings a neighborhood bar to restaurant row, and if the nearby Victory Bar leans more toward spaetzle and German specialties, the Richmond embraces English pub grub. According to Tilden, early menu drafts feature a variety of hand pies (beef tongue and root vegetable; sweetheart ham, cauliflower, and cheddar cheese sauce), a garlic burger, and "steakhouse-style" wedge salad. Unsurprisingly, OP meats will feature heavily, with a few OP products that will be exclusively available at the Richmond (they're currently in the R&D stage). Upon opening, expect a bar with 10 beers on tap and cocktails that are a mix of "spirit-driven classics... and session-able 'cafe' style drinks. We will use plenty of bitters, Amaros, vermouths and other herbaceous items."
Projected opening: mid-September [Photo: Yelp] 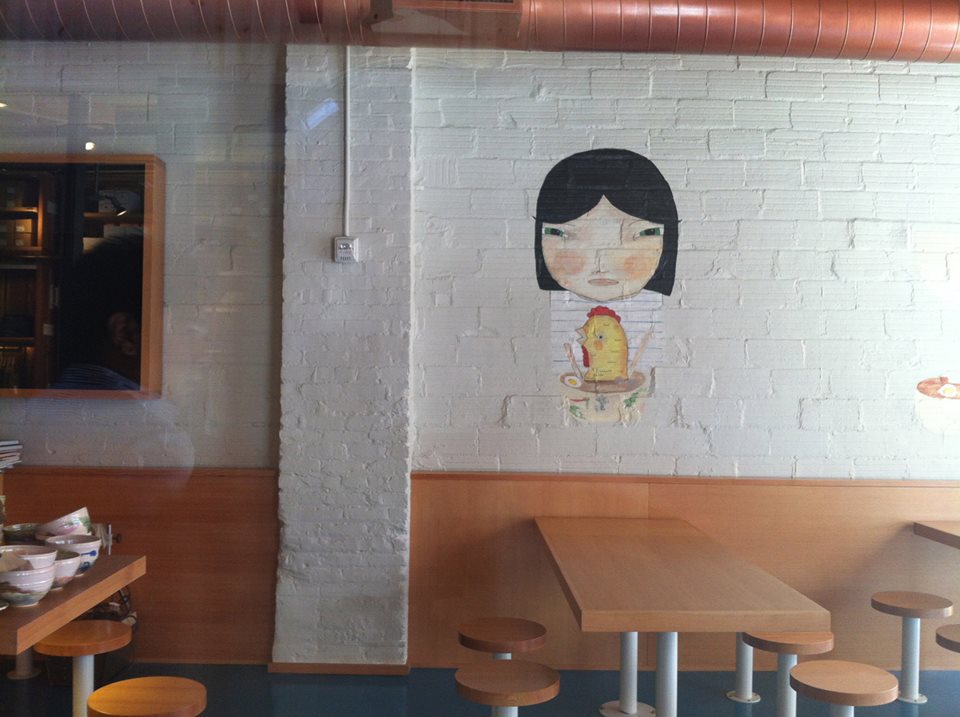 4) NE Killingsworth: La Taq
Address: 1625 NE Killingsworth St.
Major Players: Rodney Muirhead (Podnah's Pit BBQ)
The Situation: Since it was announced in early 2013, margarita lovers had their fingers crossed that La Taq — the Tex-Mex bar by Podnah's pit boss Rodney Muirhead — would be open in time for summertime drinking. Things have been pushed back to a vague September opening, but menu details have helped tide folks over: A recent update revealed a Mexican-leaning menu of sopes and tamales.
Projected opening: September

6) Northeast: Broder Nord
Address: 2240 N. Interstate Ave.
Major Players: Peter Bro
The Situation: Broder's sister restaurant to the Nord will be more than just a rehash of the popular SE Clinton brunch spot: The restaurant, which takes over the Gotham Tavern space, will highlight a seafood-heavy dinner menu " focusing on the traditions and preparations of Swedish cuisine," says owner Peter Bro, not to mention a grab-and-go market during breakfast and lunch. The market will offer everything necessary to re-create the Broder experience at home, from service pieces like bords and cast-iron pans to pantry items. "The market will also sell house-made products such as our lemon curd, lingonberry and pear mustards, and jams," Bro says. "I am very excited about the Market's potential, and Broder's position in the Lower Mississippi section of the city."
Projected opening: mid-October / mid-November [Photo: Gotham Tavern/Facebook] 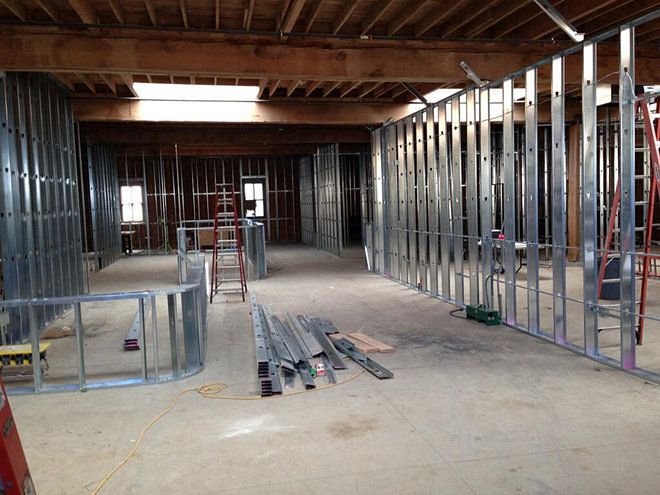 7) Central Eastside Industrial: Trifecta Tavern
Address: 726 SE Sixth Ave.
Major Players: Ken Forkish (Ken's Artisan Bakery), Rich Meyer (Higgins)
The Situation: Perhaps one of Portland's most-watched fall openings, baker Ken Forkish branches out with what he calls a "baker's restaurant," featuring an eclectic menu that "wants you to come back to spin whatever kind of meal you want from it." While Forkish plans a return to production bread baking, longtime Higgins chef de cuisine Rich Meyer will execute a menu of mostly small plates — expect "buckets" of steamed clams and oysters, veggie plates and salads paired with breads, and "modern-day tavern usuals" like a burger, whole-roasted trout, and deviled eggs. The 90-seat restaurant will feature exclusively booths and the bar for seating, adding to a cozy, communal vibe, and Forkish hints at a possible playful Tavern touch: "I'm thinking a bread trolley rolling through the dining room would be fun. You will be able to have a warm just-out-of-the-oven baguette with dinner with fresh butter. Where else can you get that?"
Projected opening: November [Photo: @KenForkish/Twitter] 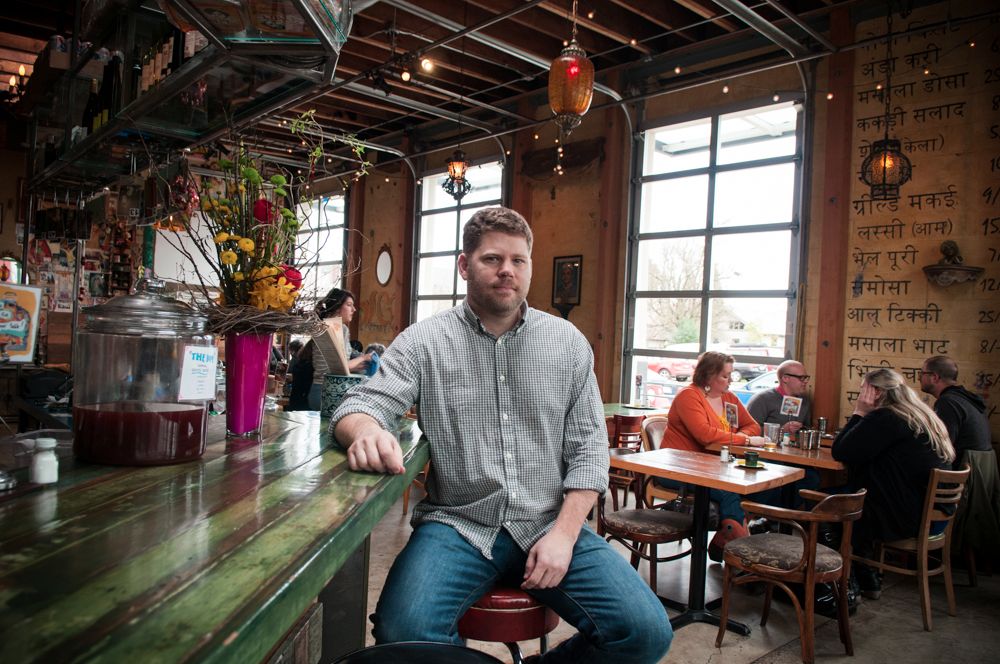 A few anticipated spots are already confirmed for December, including a new outpost of St. Jack on NW 23rd Avenue, featuring a separate bar with a Francophile food menu. One of last fall's anticipated openings, Nate Tilden and Jeffrey Morgenthaler's bar-under-Clyde-Common, Pepe Le Moko, is "back on track," according to Tilden, with hopes to open its doors before the end of the year.